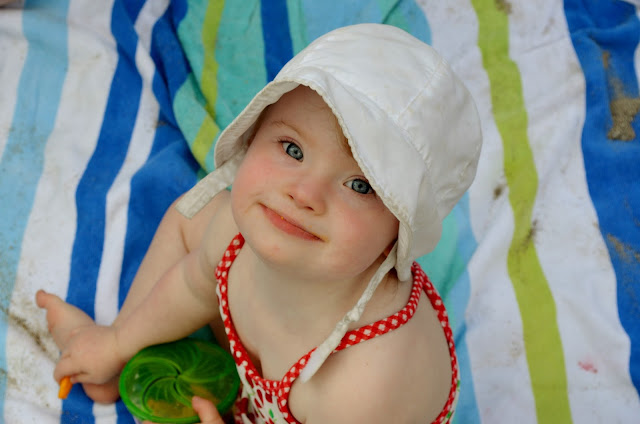 The whirlwind of summer is officially upon us.  After a couple recent family trips, we are finally home, getting ready to welcome a new barrage of family members over the next few weeks.

We've been playing and relaxing, achieving as close to a laissez-faire attitude as we're likely to get.

We just got back from a family reunion trip up to Christina Lake, BC, where we camped mostly in the rain, dressed up like superheroes, and had way too many laughs.  Cora entertained the troops.  That girl is a hoot, and seemed to really enjoy her time with all the grown-ups.  She wasn't too interested in the toddlers, and kept her distance from all the dogs.  She surprised me with how well she handled all the craziness.

And she also surprised me with her newest skill:  taking her first steps.  Last week about an hour before embarking on our trip, she stood up and took 2 steps toward me.  I just looked at her with stunned amazement.  I mean, it's not like I wasn't expecting her to start walking, but I guess when you feel like you're (mostly patiently) waiting for something for so long, it's just a real shock to see it happen.  Since then she's taken up to 8 little steps.  I don't expect running around for a while, and probably not even real independent walking (as in using her feet as her primary way of getting around) for a while either.  But it's a big step, nonetheless.

Not too much else to say, since my brain is still on vacation.

So I will leave you with a few images from our blast of a trip, taken by my cousin-outlaw Shon Taylor.  (Thank you, Shon!) 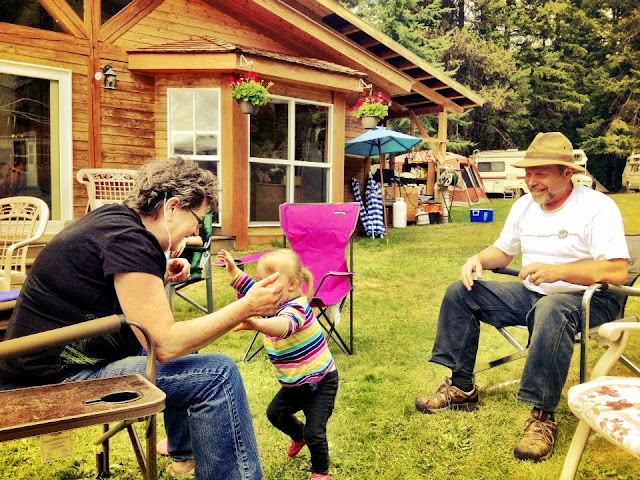 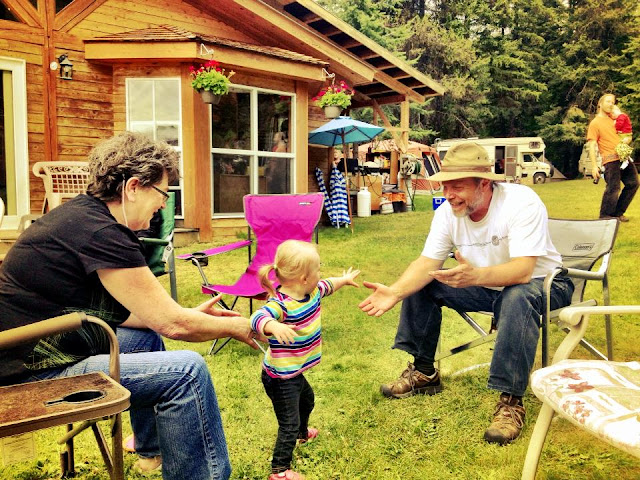