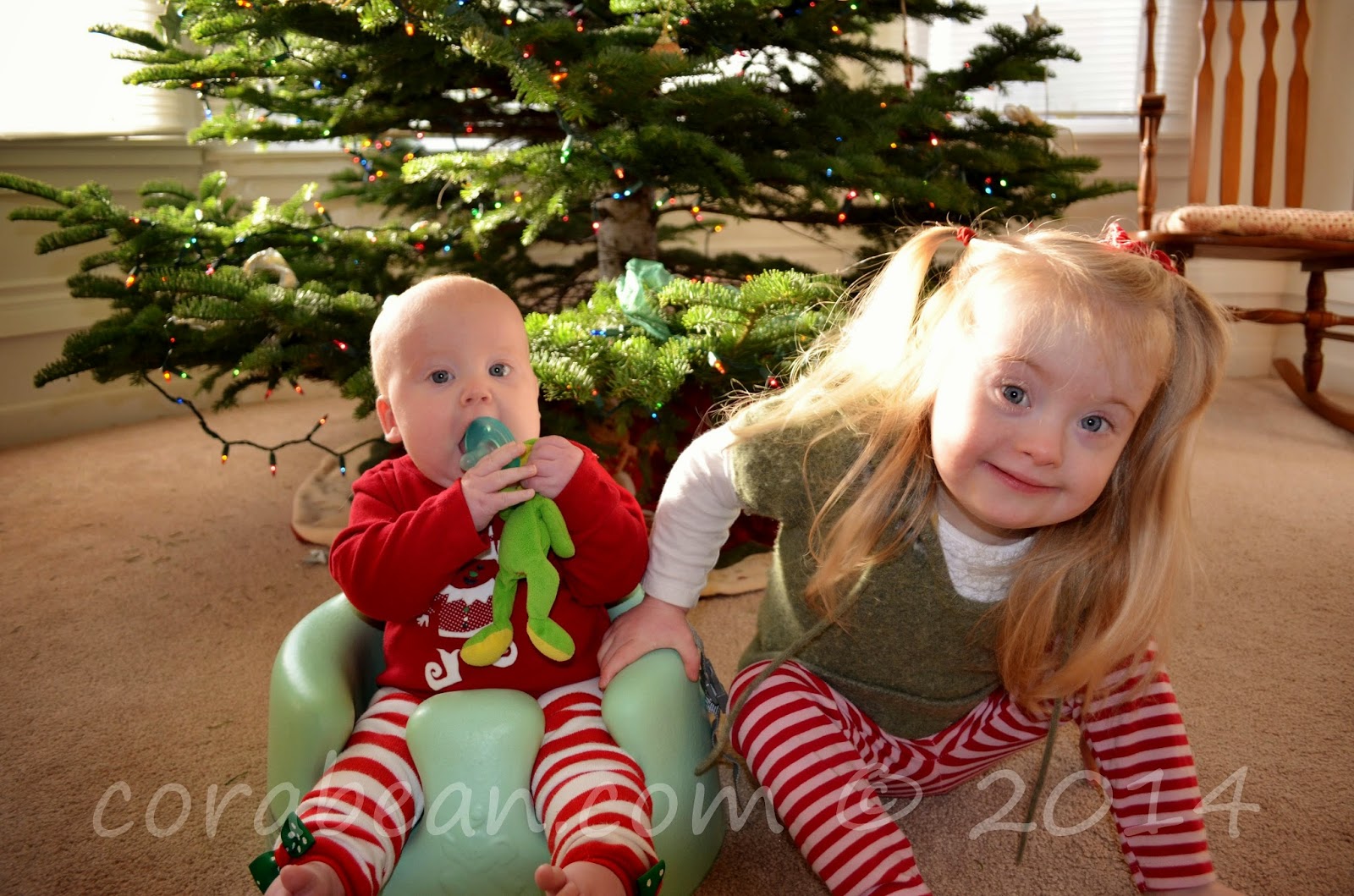 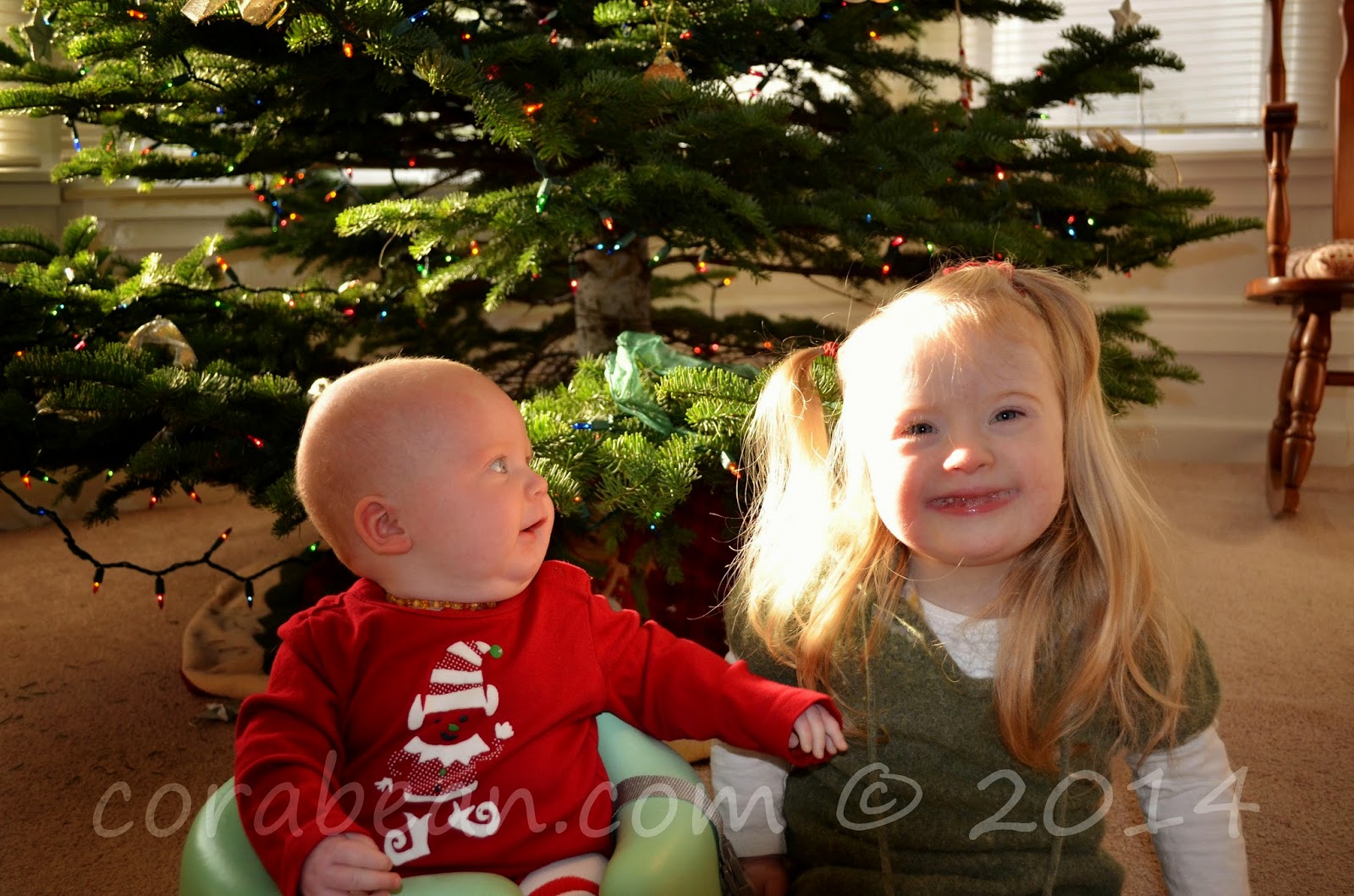 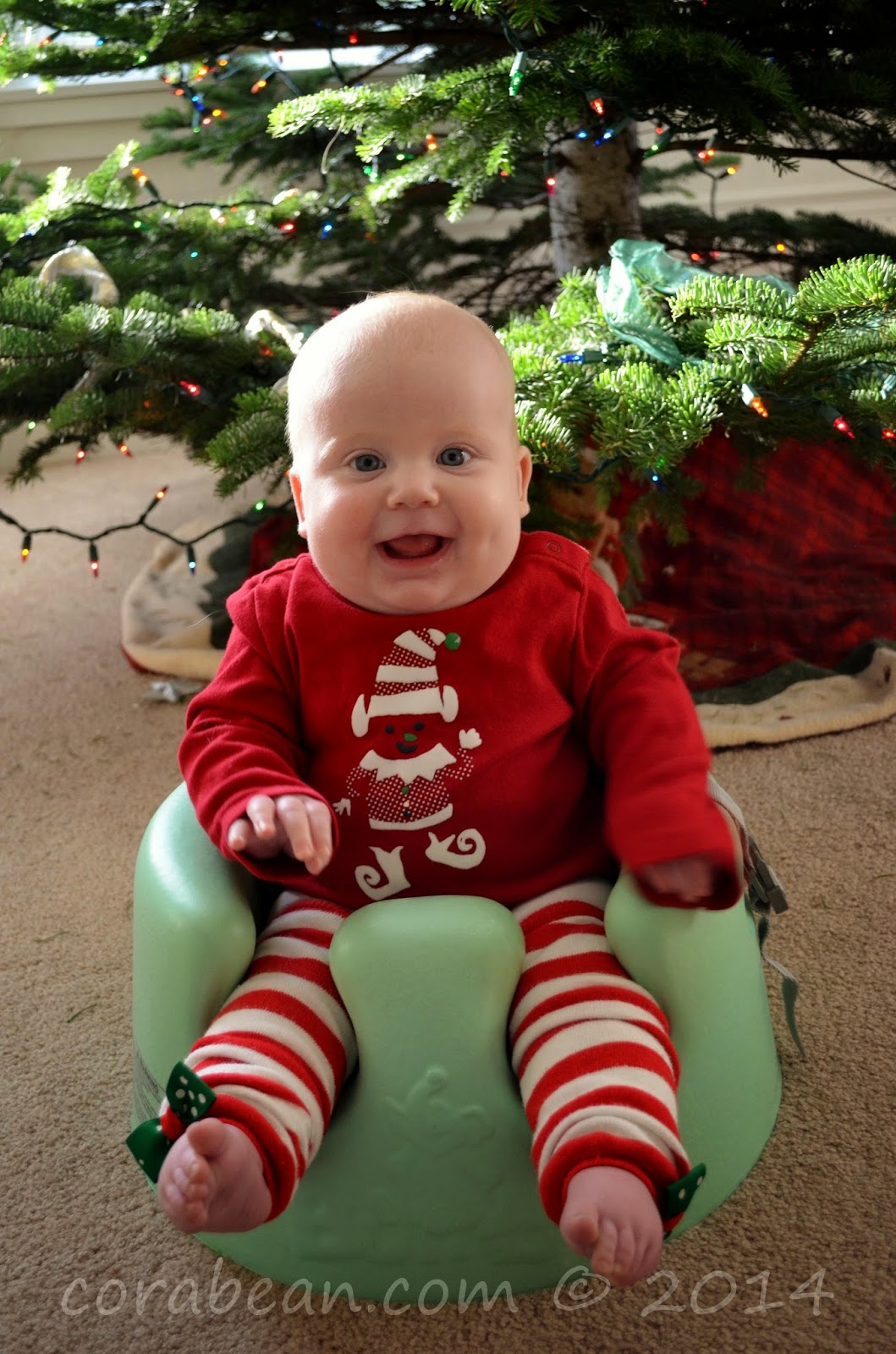 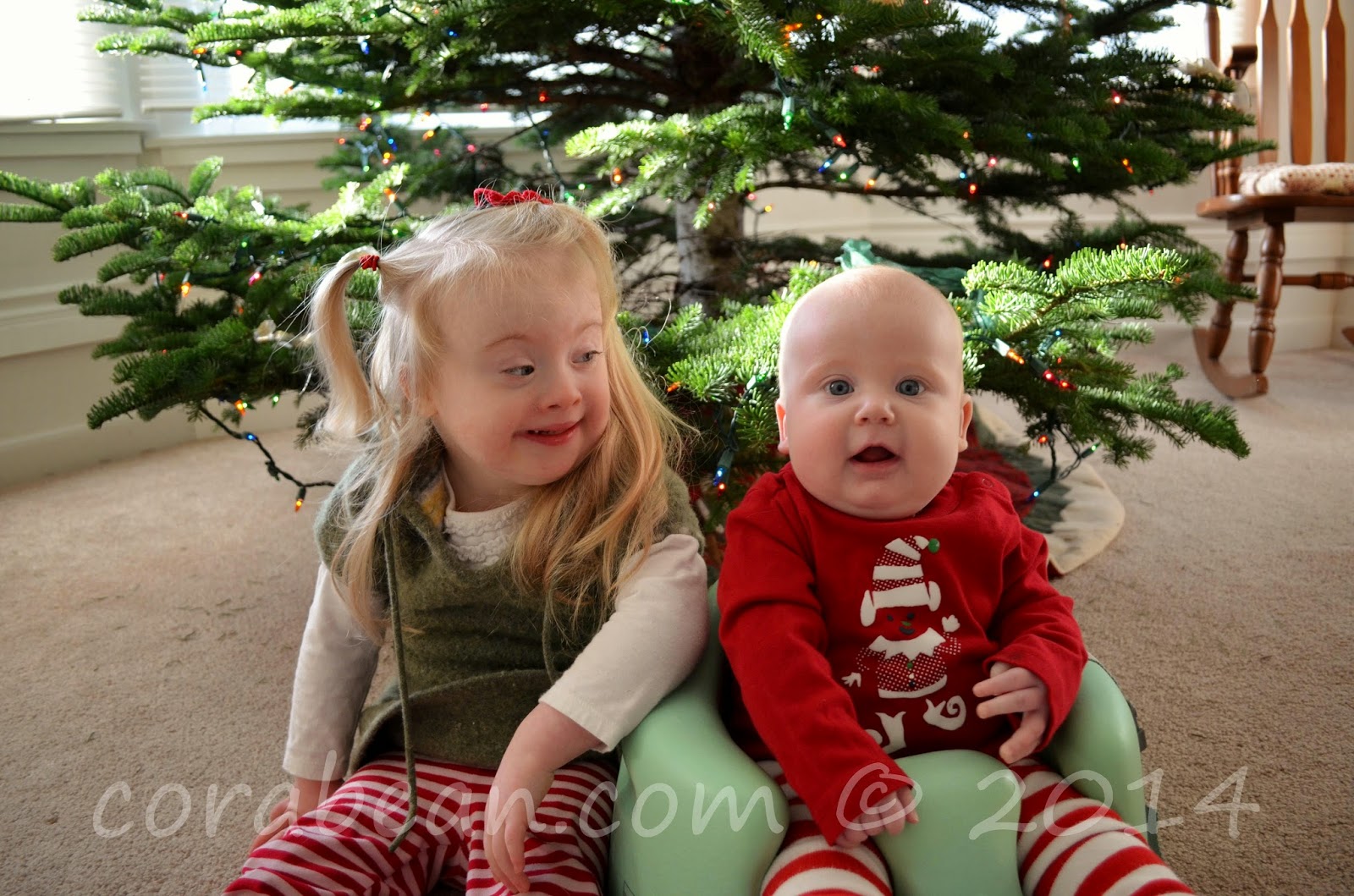 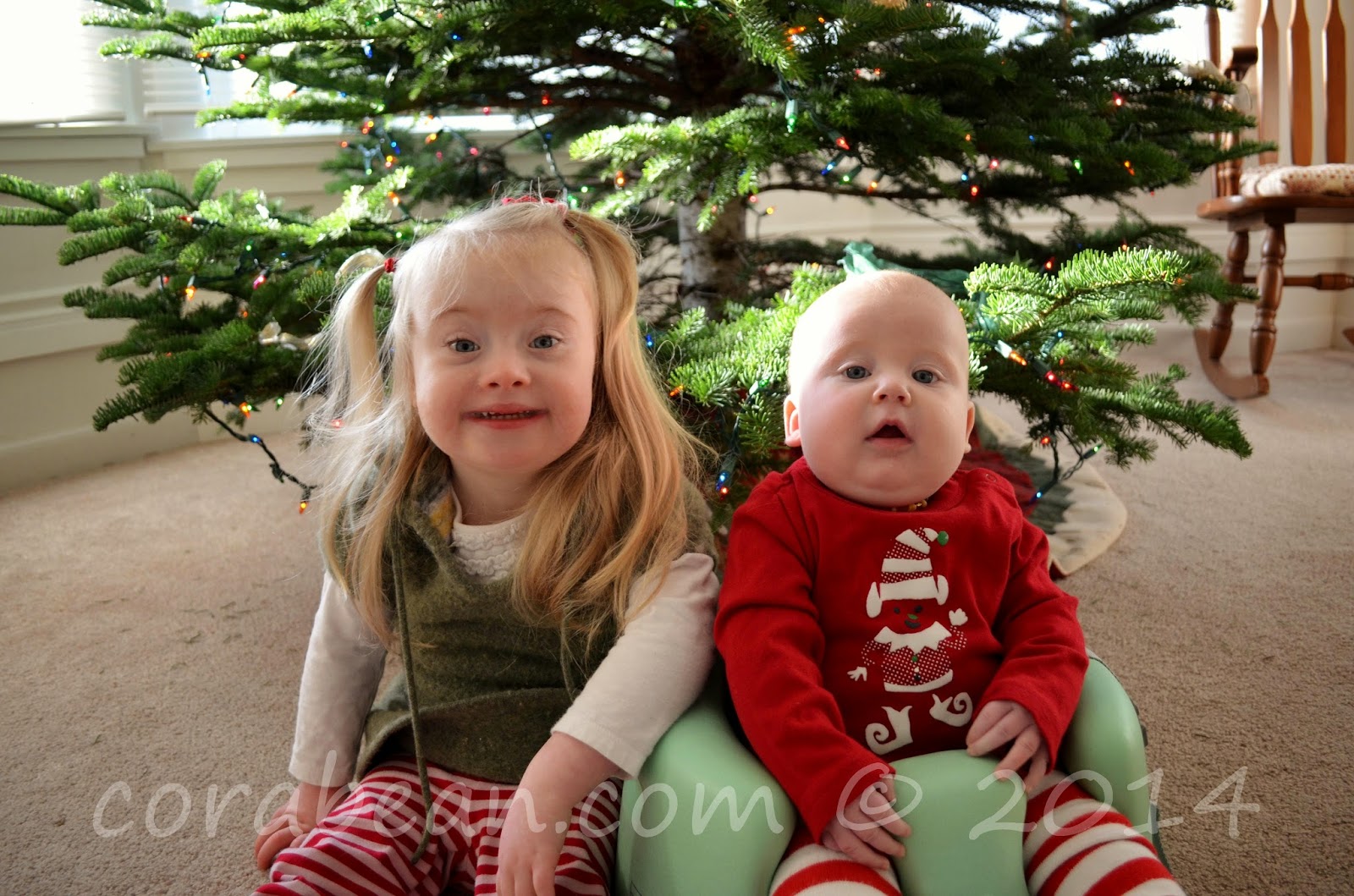 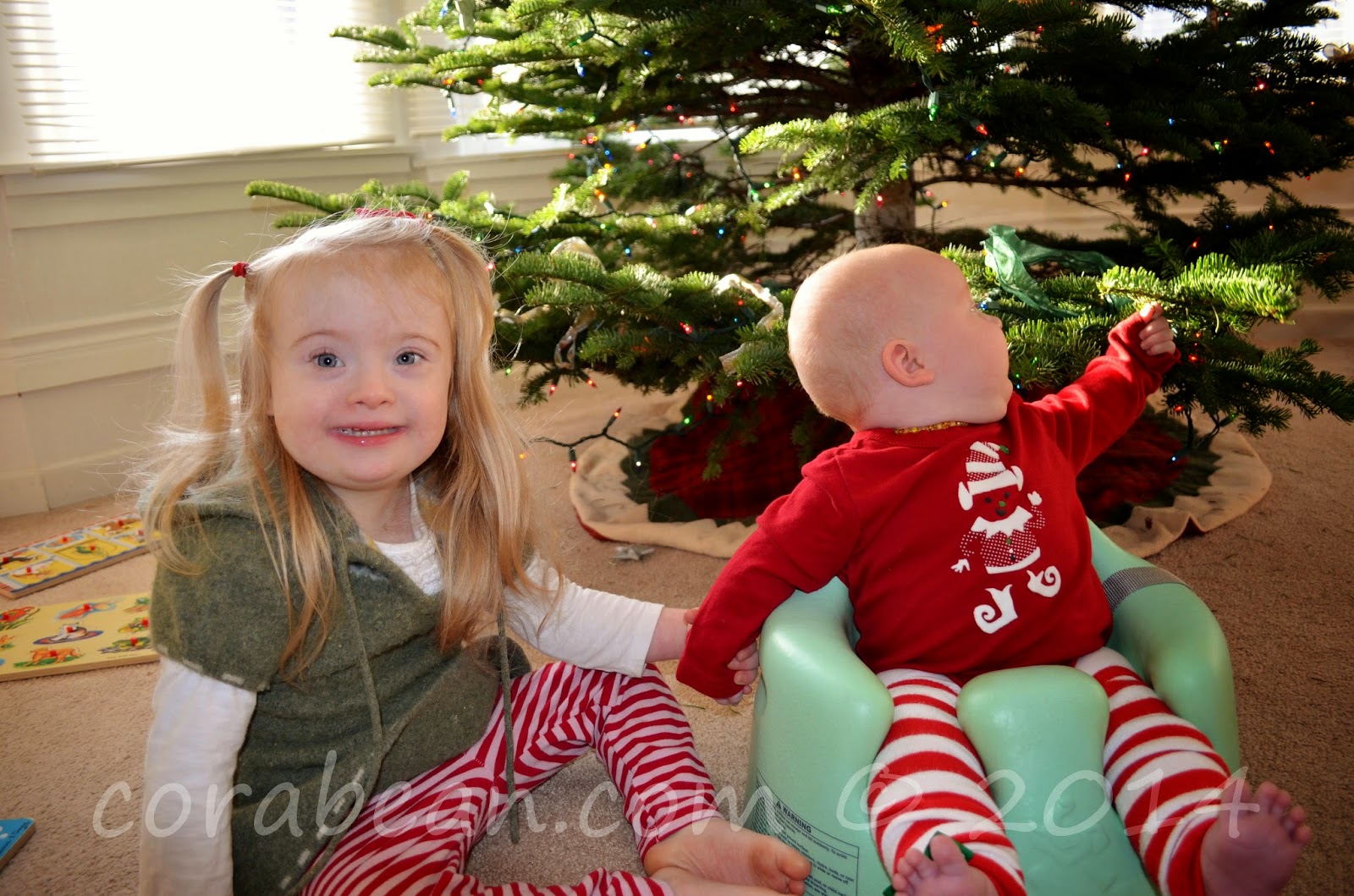 I've been absent in the blogosphere of late.  Life with my girls has been going so fast.  We've had some sickness.  Oh we've had some sickness.  Instead of sharing Thanksgiving with beloved extended family, we shared it together with stomach-flu-for-four after a crazy up and down week full of medical mayhem.  Having sick kids is awful, but being so sick yourself that you can barely take care of them is worse.  Thank goodness the girls rallied at the end and avoided trips to the ER for dehydration.

But we seem to have come out the other side, and for that we are grateful.  We are also grateful to be gearing up for the holiday season for Ruby's first Christmas with us.

So far, we've got the tree.  In past years, getting a tree had been pretty hit or miss for Cora.  Sometimes fun, sometimes devastating, like all good family outings seem to be.  This year we were blessed with a somewhat warm day, and raindrops that mostly held off, while we went out seeking a lovely Noble from a local tree farm. 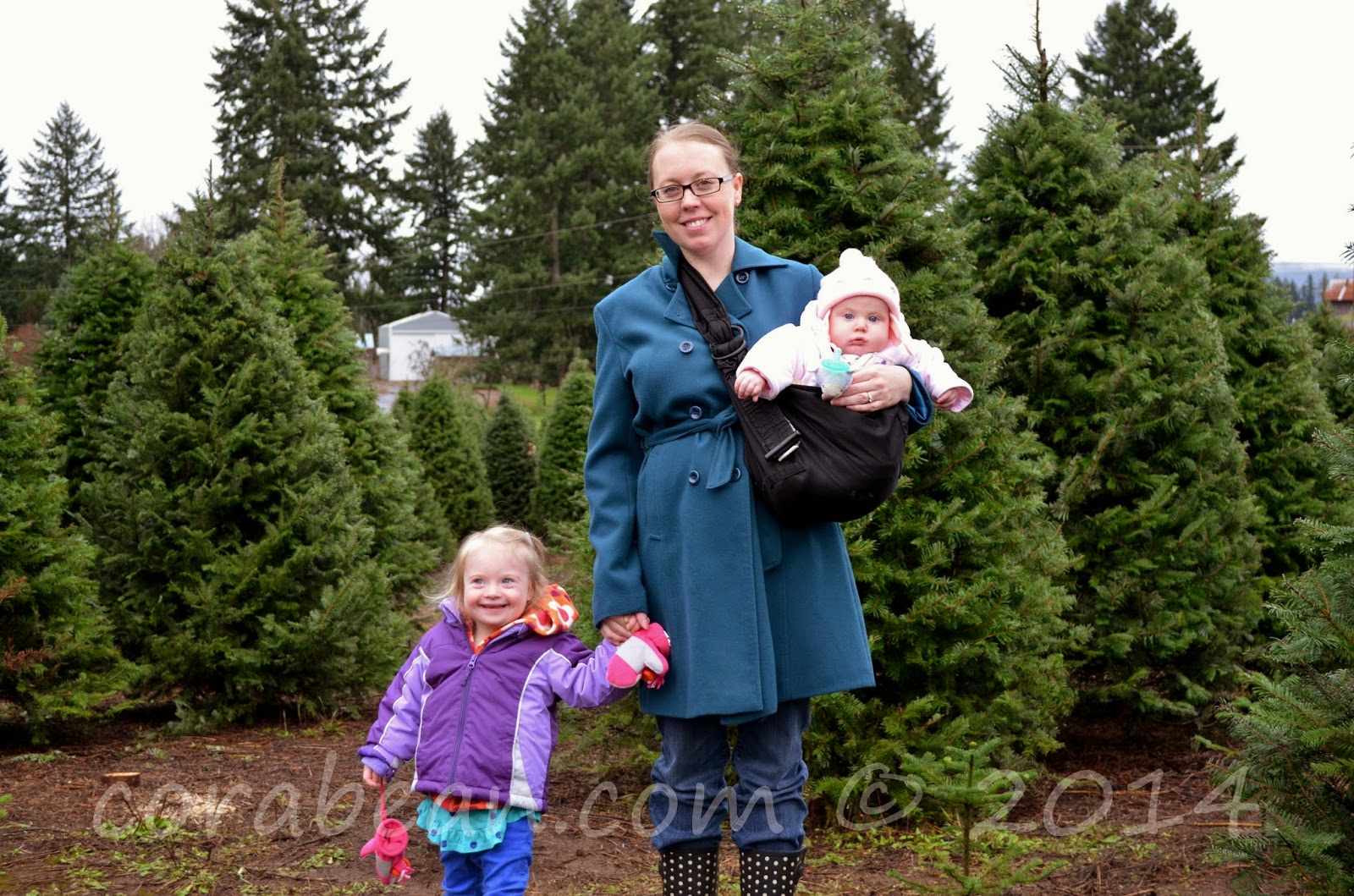 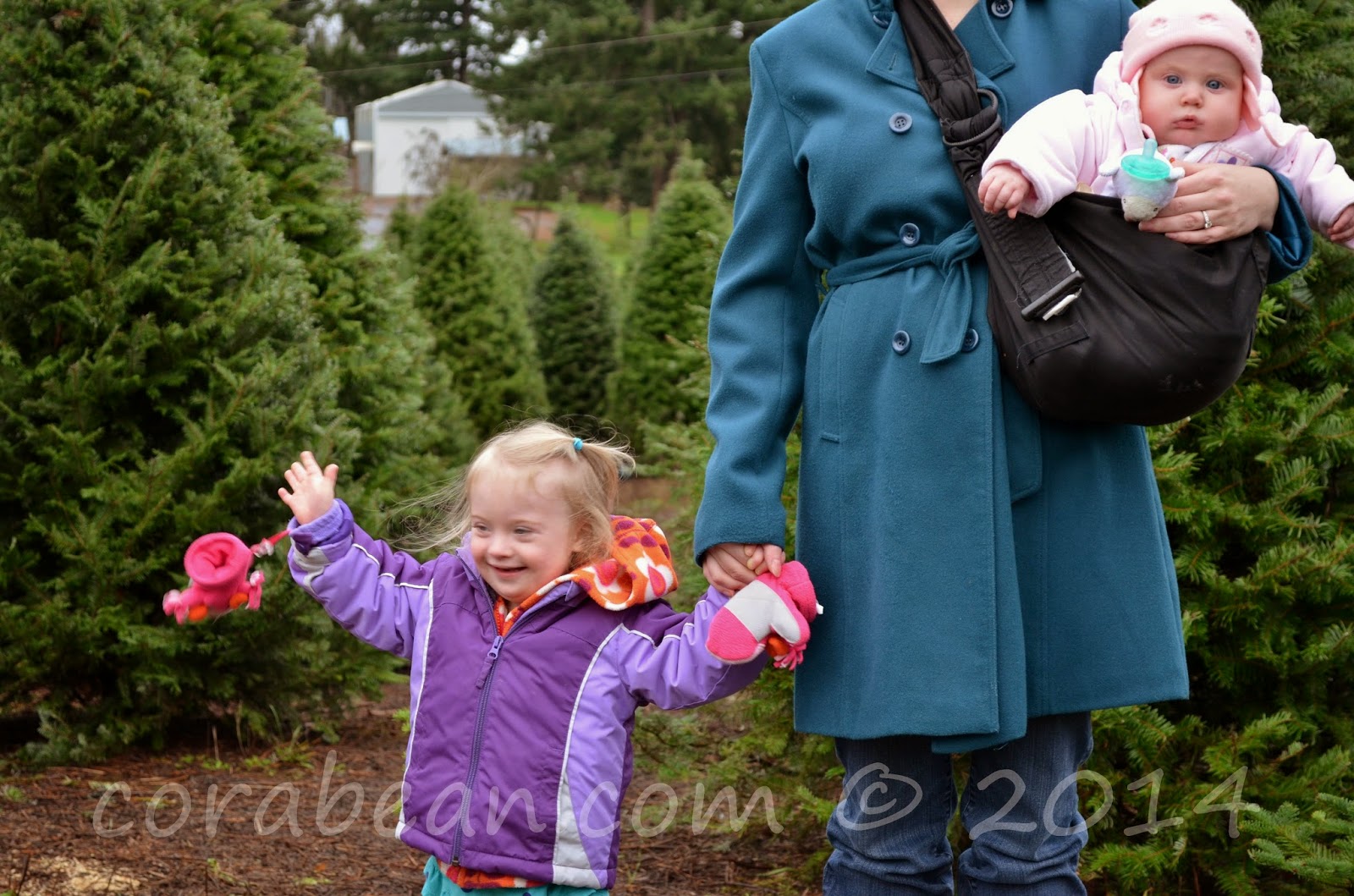 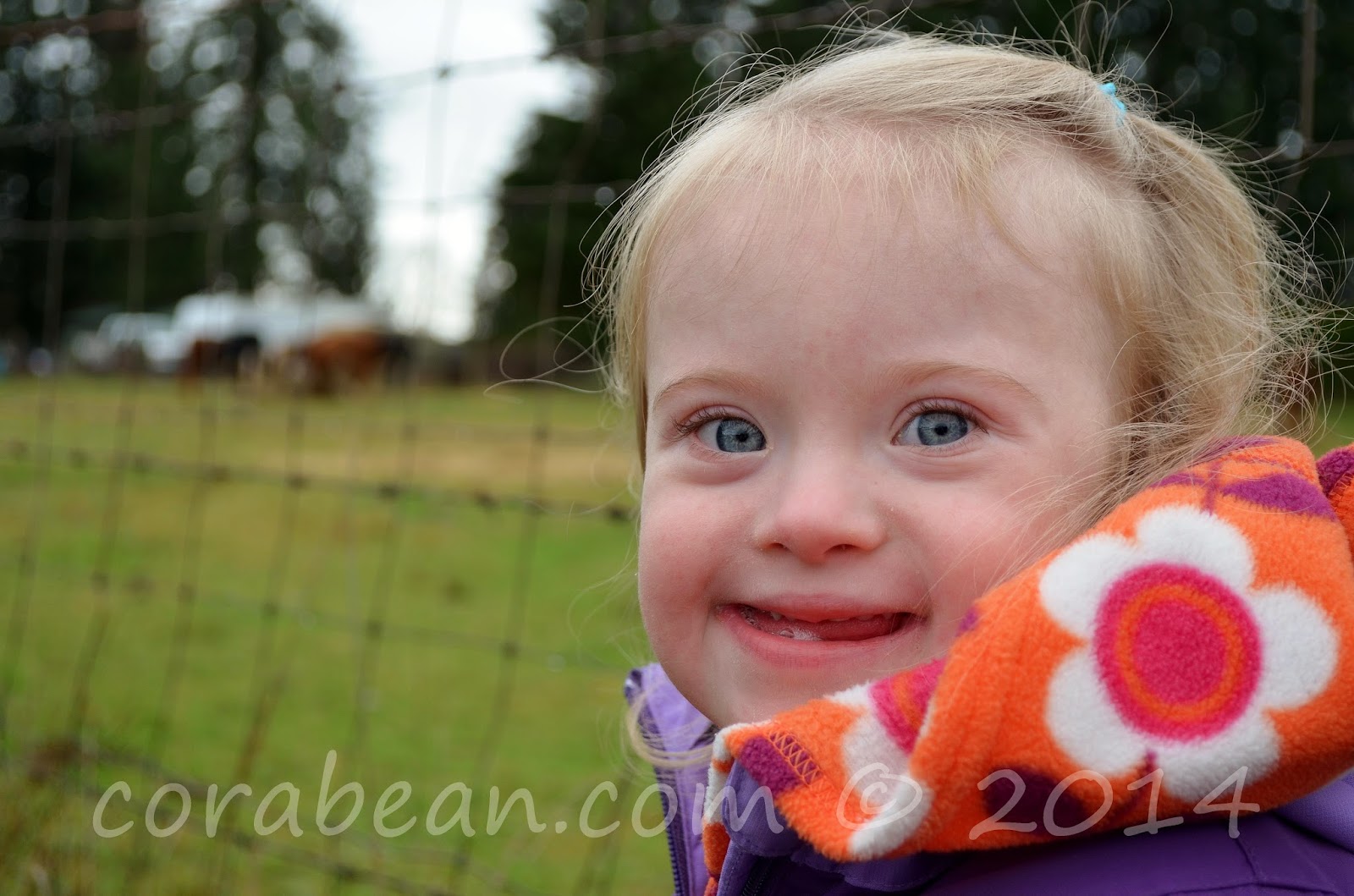 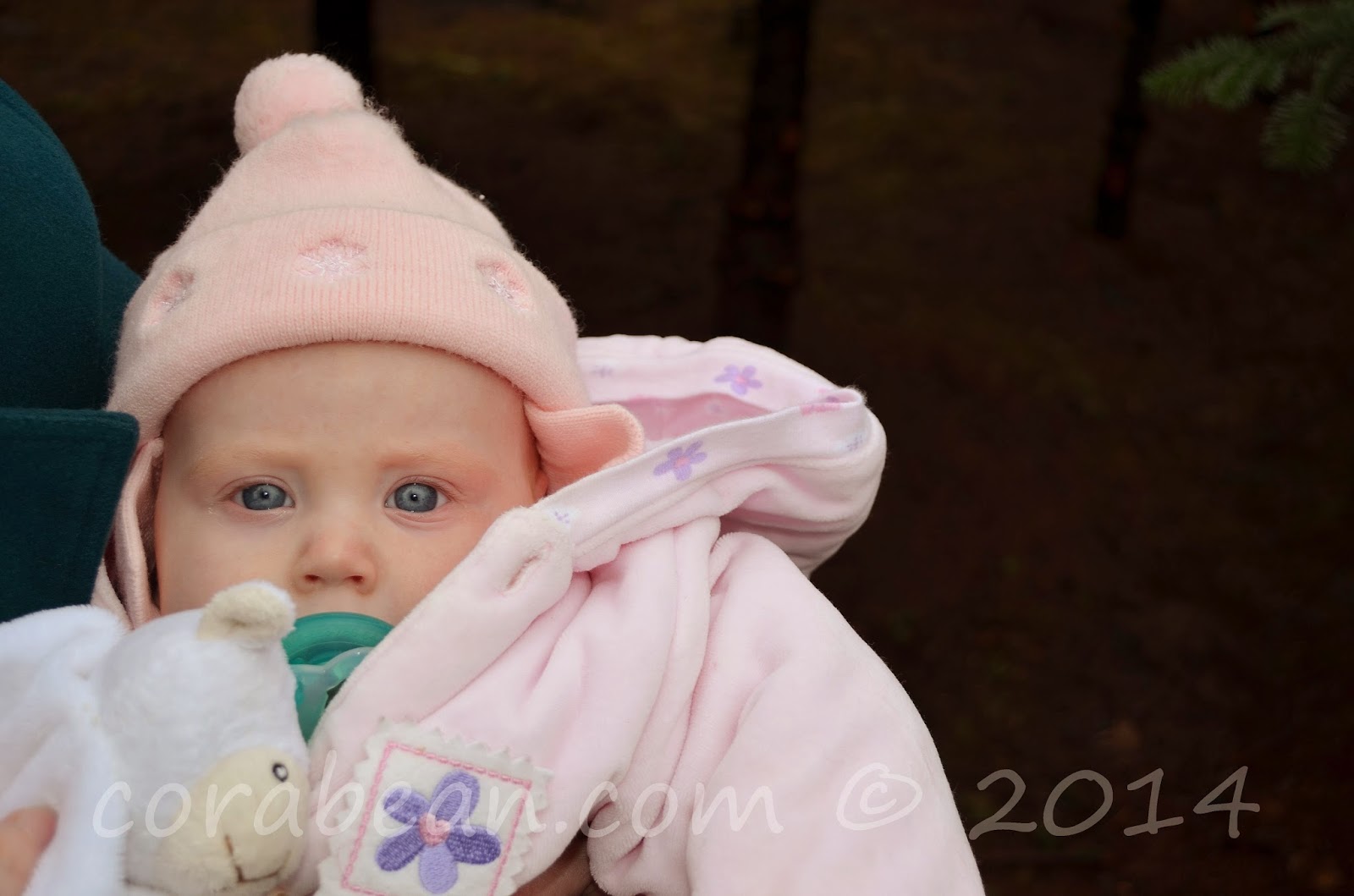 The actual tree is the biggest we've had.  It fills up almost a third of the room.  But it's lovely.  Every morning when Cora walks out of the bedroom and sees it, we hear an exuberant, "Oooooh. Wow!"  That pretty much makes it worth it.

She was mostly happy to participate in decorating it, and slightly less happy to pose for photos with her little sister.  These days a good portion of their interactions involve Ruby grinning and giggling at her big sister, while Cora looks at her, says "no," and then looks away.  Poor Ruby.  Sometimes Cora can't help herself and gets in on the giggles.  And she loves to bring her baby sister toys.  It's a work in progress, this sister thing. 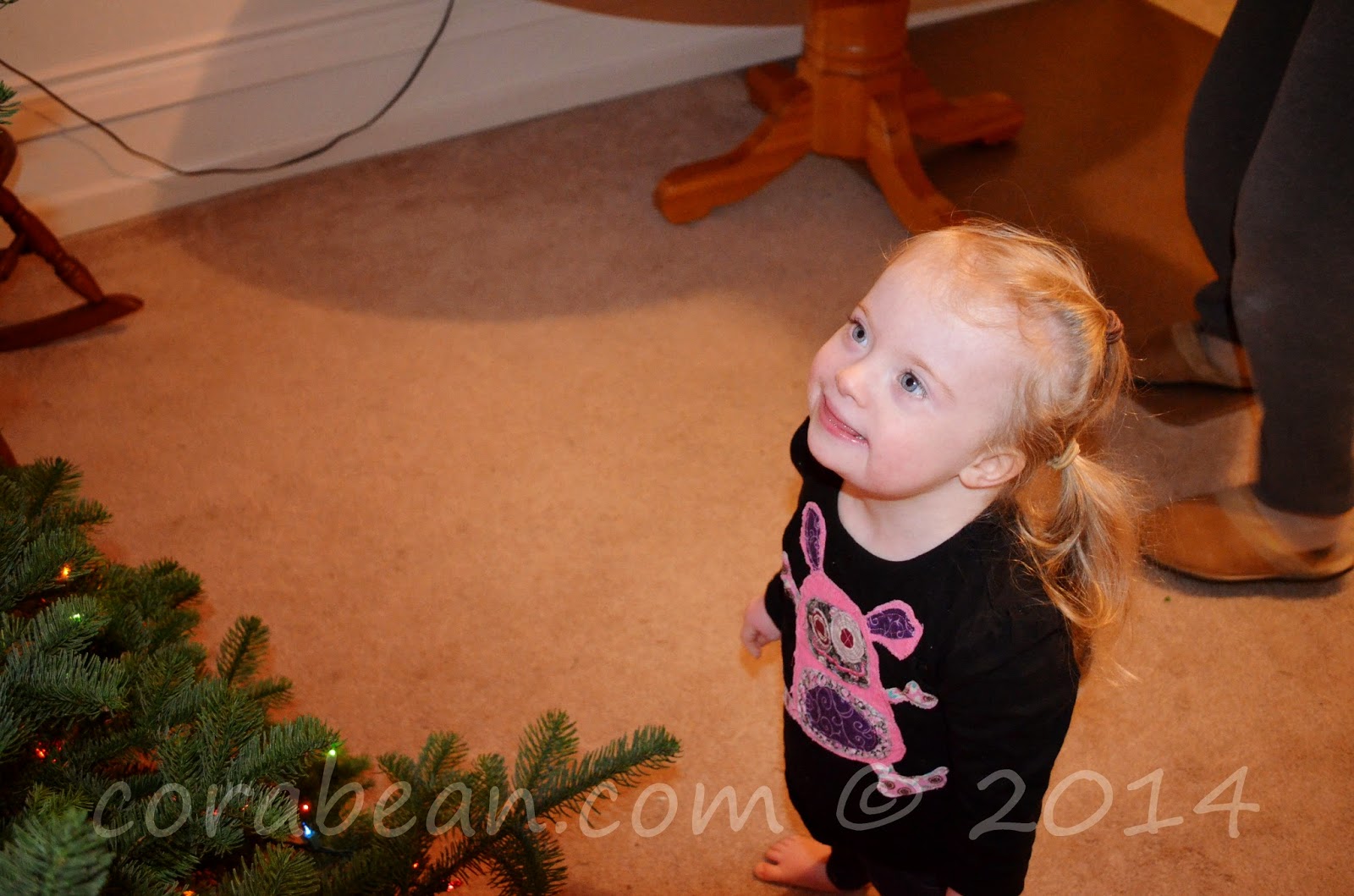 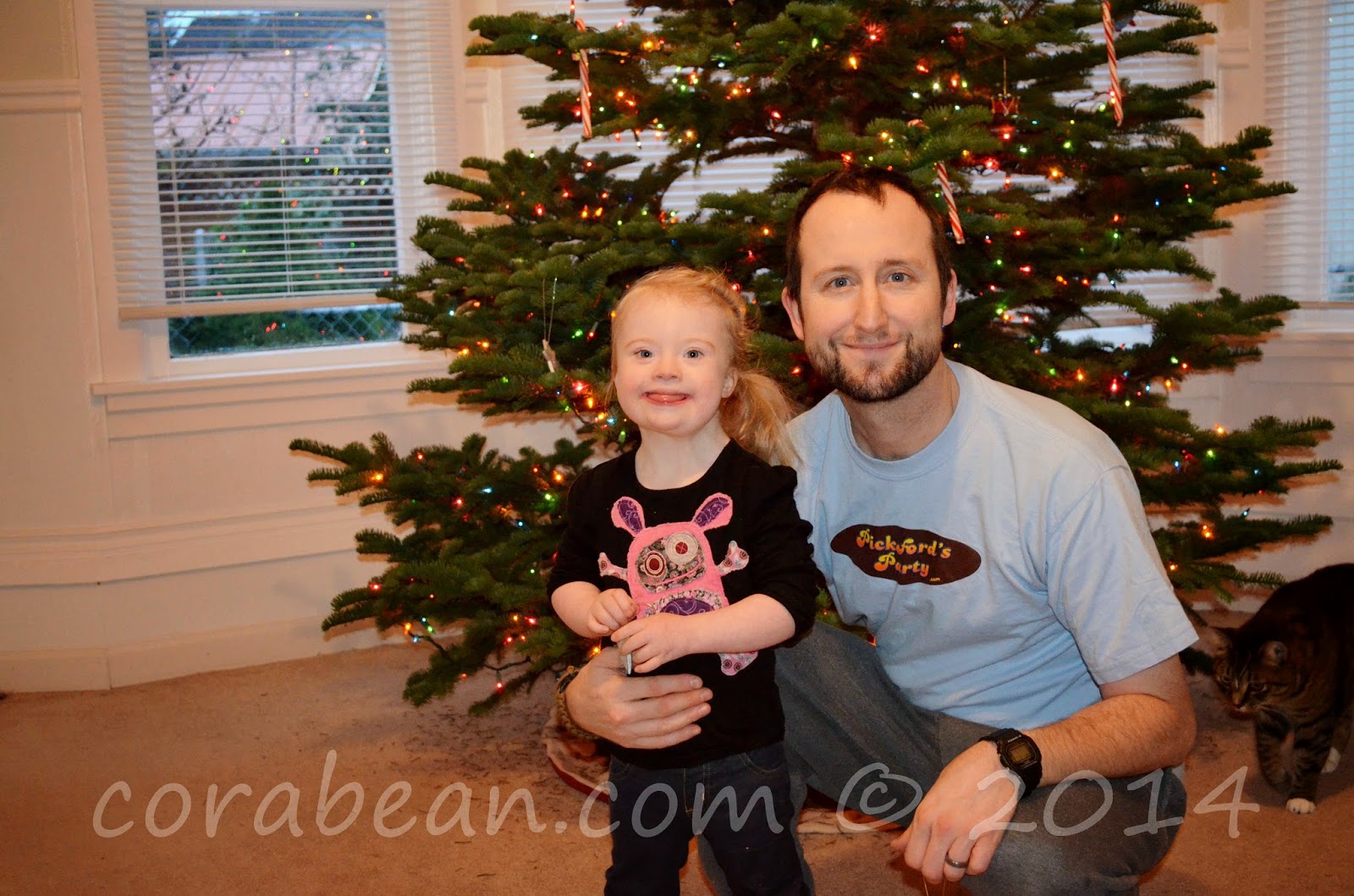 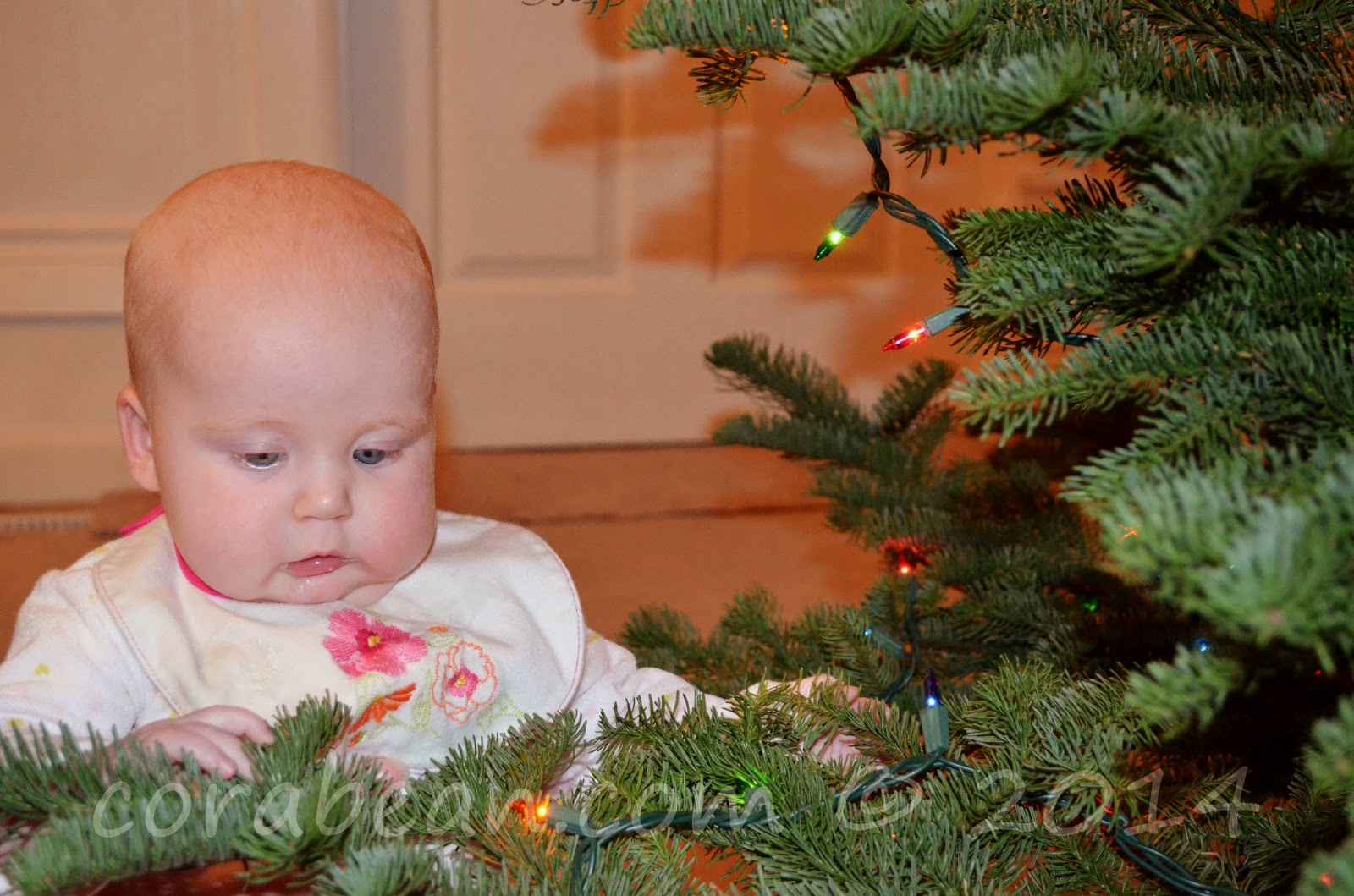 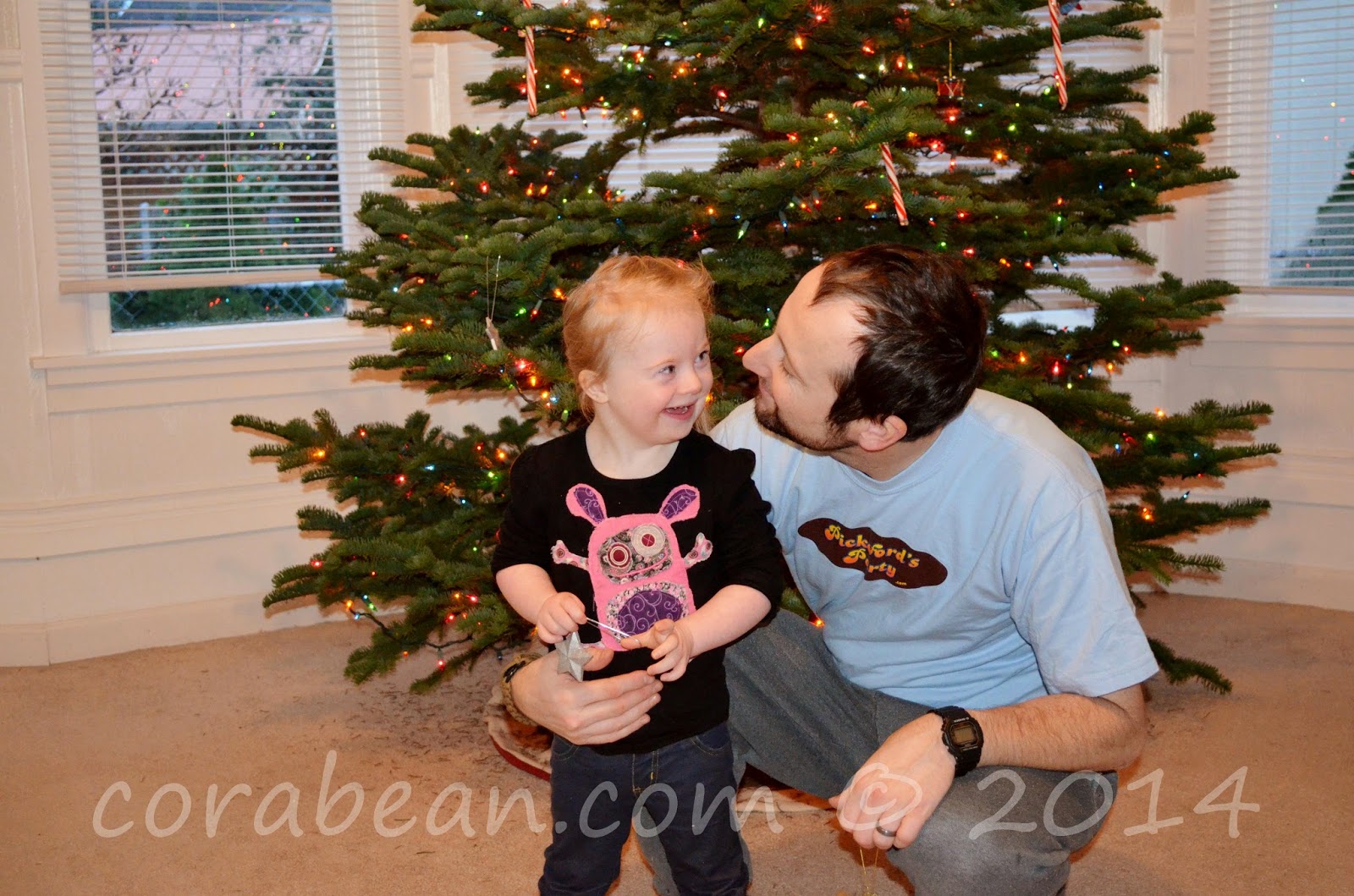 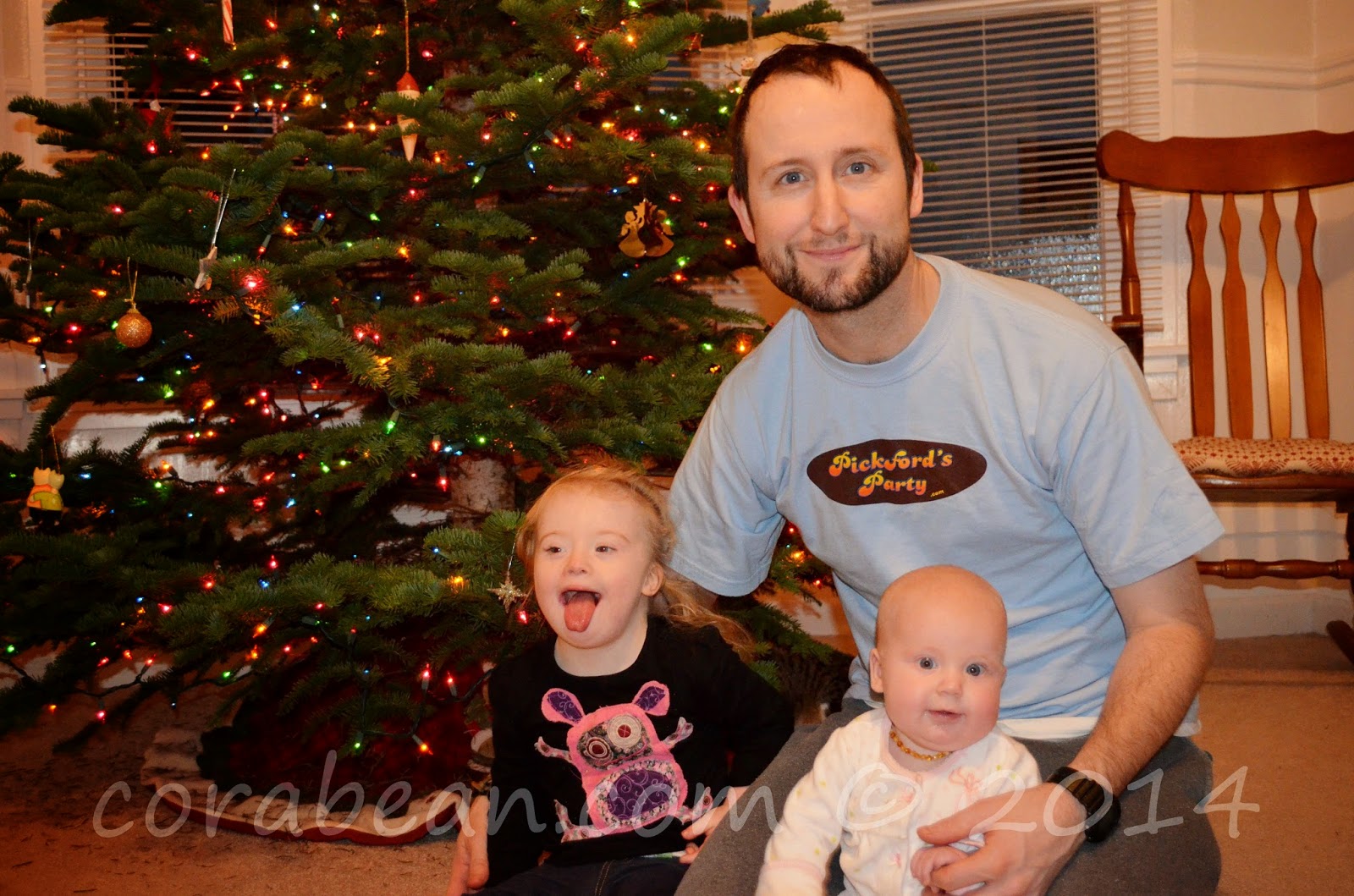 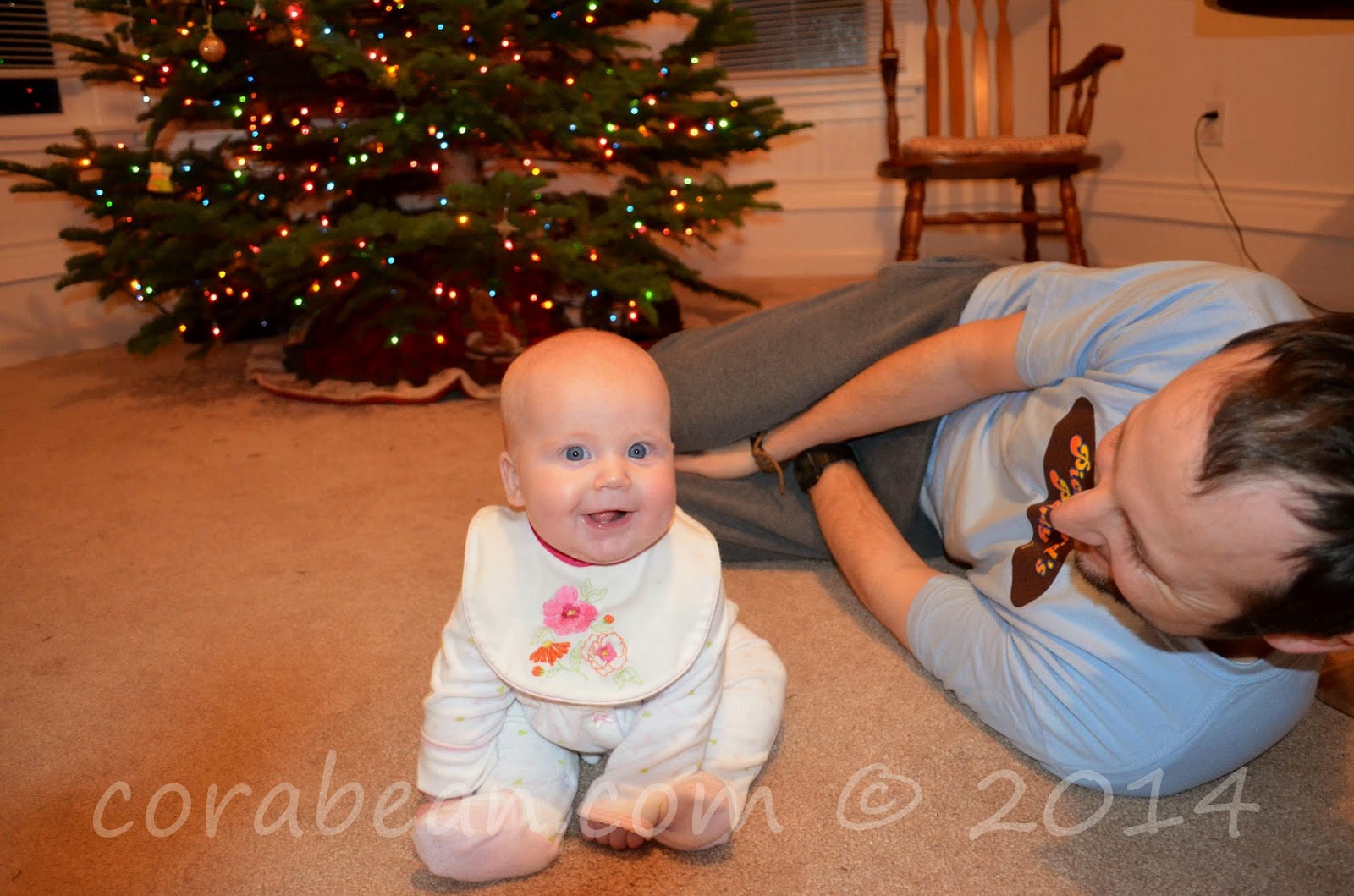 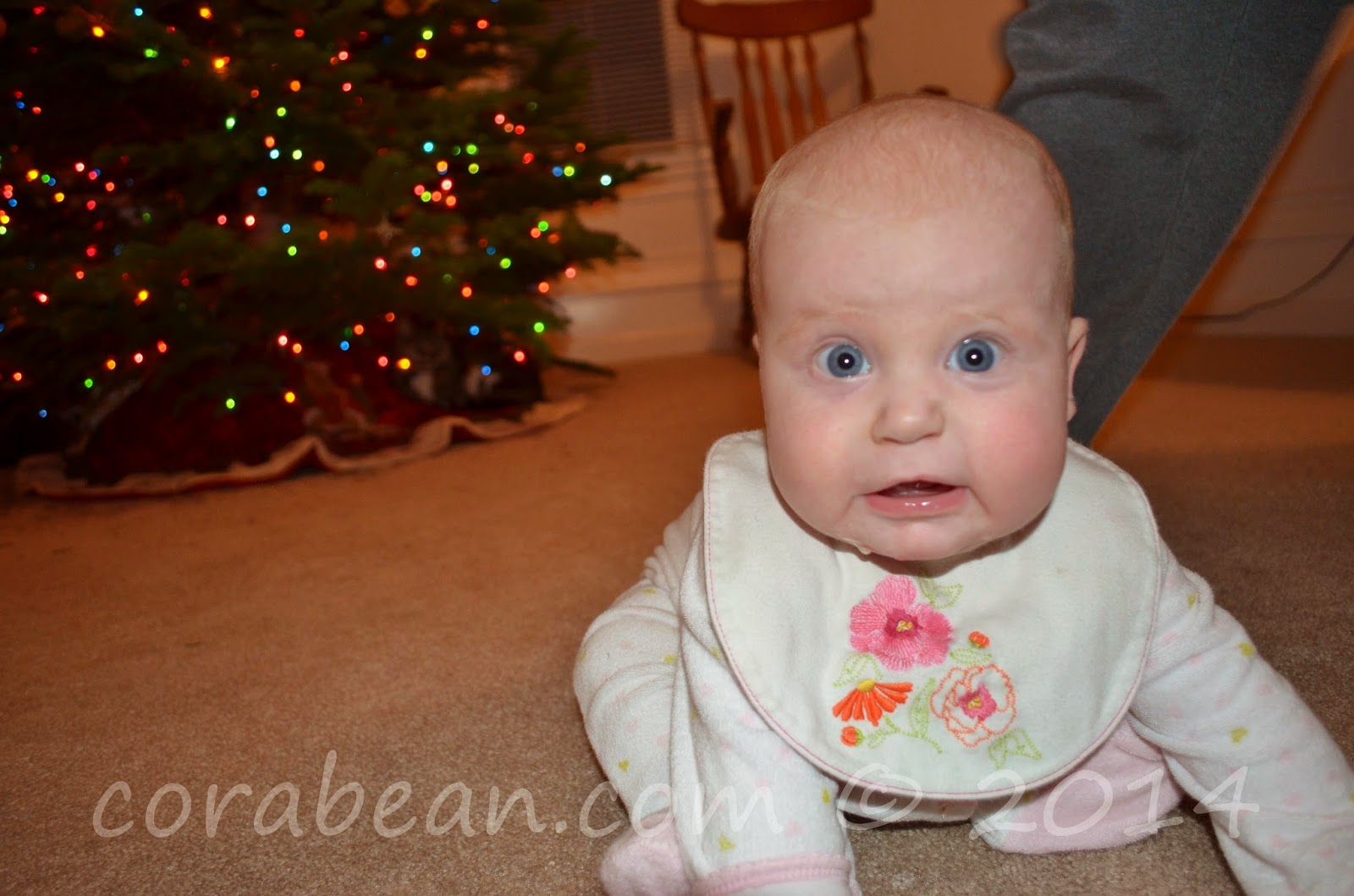 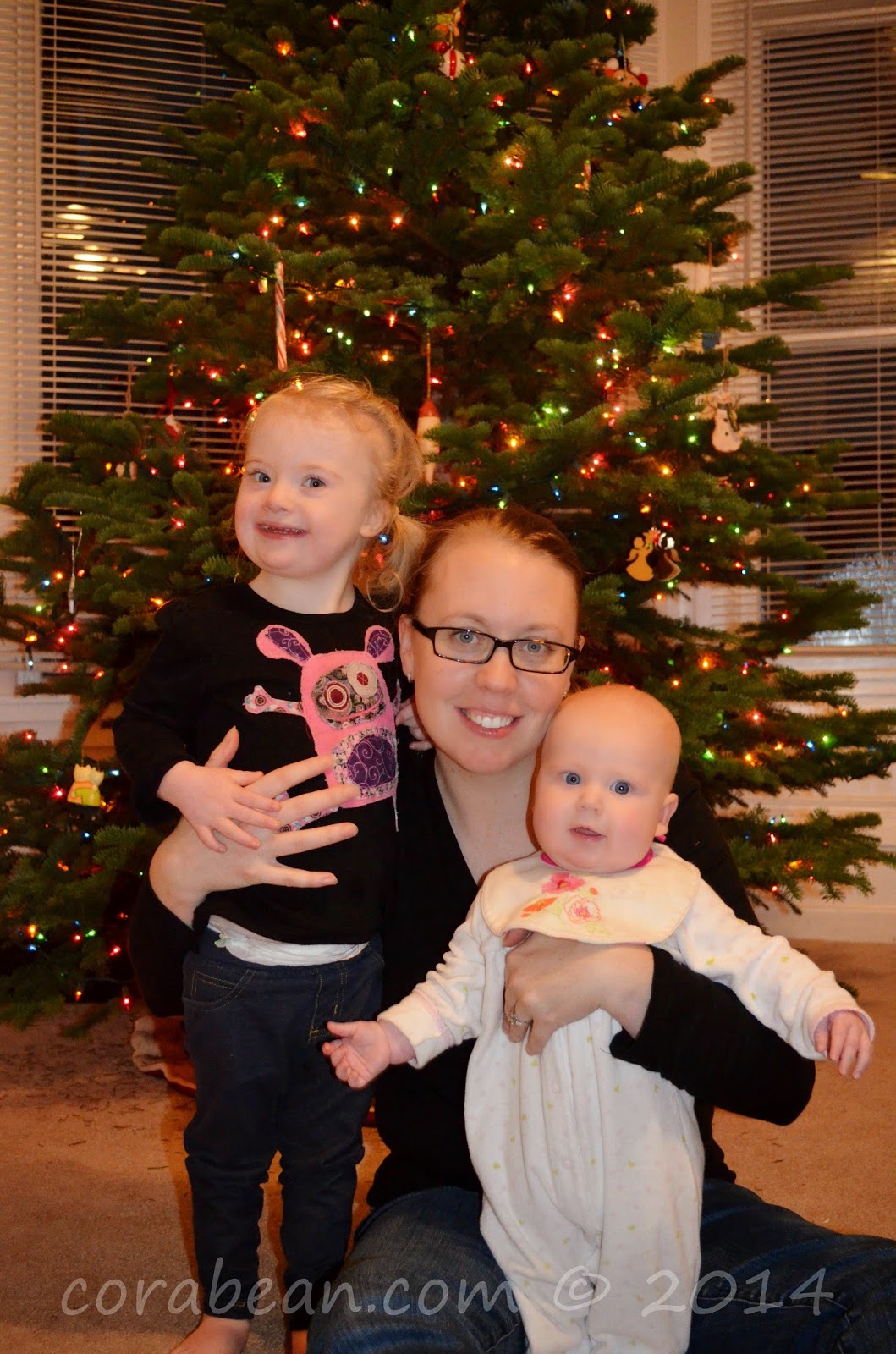 But overall we are happy to be witnessing the new dynamics in our family.  As Ruby grows and gets so much more interactive and playful she has been so much fun.  Yes, Cora is jealous of the attention her sister gets, and I'm sure that is hard for her.  But we are so happy to have this new little person in all our lives.  We'll see what the new year brings.
Posted by Leah at 1:28 PM 2 comments: