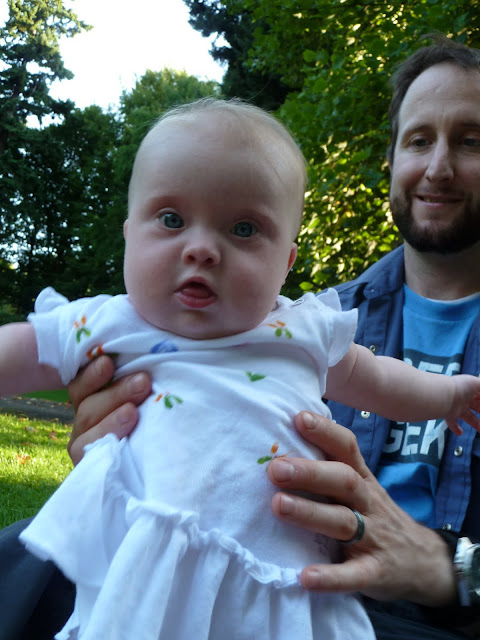 Browsing through my favorite support forum this morning I read about one mama's feelings in the midst of a bit of drama surrounding the topic of disability slurs.  She was hurt that a Facebook "friend" berated her and then unfriended her for expressing her feelings.  And it was about use of the "R" word and some derogatory jokes about Ds in a new movie and in general usage.  She was accused of being too sensitive and was told that she was "just grieving" about her loss of a "normal" life since her son has Ds.

I guess in a world where being politically correct seems to extend to just about every topic and it feels impossible to be forever "sensitive" it really can start to feel like we're just overdoing it in the politically correct arena.  To think that perhaps it's time to insist that we should just ignore what we don't want to hear and stop taking it so personally.  That when you hear the "R" word being used to describe something that is silly, or inane to just accept that it has taken on a different meaning than the one originally used to describe people with cognitive disabilities.

But as much as it seems like we should just ignore it, it really does sting.  It's been hard for me to describe why those words and those slurs make me shiver. And the best explanation I have found justify my feelings can be read here in this brutally honest post about the "R" word.  Knowing that these put-downs are being made toward a group of people that are less able to defend themselves makes it seem all the more mean-spirited, even when the intent is a joke.  Superimpose that over my desire to validate my own daughter's worth with the small steps I am taking taking to demonstrate the beauty of my girl and of Ds one blog post at a time.  I am just a proud mama who wants the world to recognize her baby's value in a time when so many seek to eradicate Ds like a disease we can vaccinate against.

One of my main worries for Cora's future is how she will be perceived by others.  Despite the fact that everyone who knows her discovers that (even at such a young age) she is so charismatic, smart, charming and beautiful, I know that she will face discrimination.  And that hurts my heart.  Because the evidence of her extra chromosome is written on her face, it is recognizable, and people respond to that.  Even now I know, because I have seen the pity in people's eyes when they first learn that she has Ds.  I wish it weren't there.

So even if you think we are "too sensitive", please try to see the other side if just for a second.  I think you may just get a glimpse when you see little Beanie's smile. 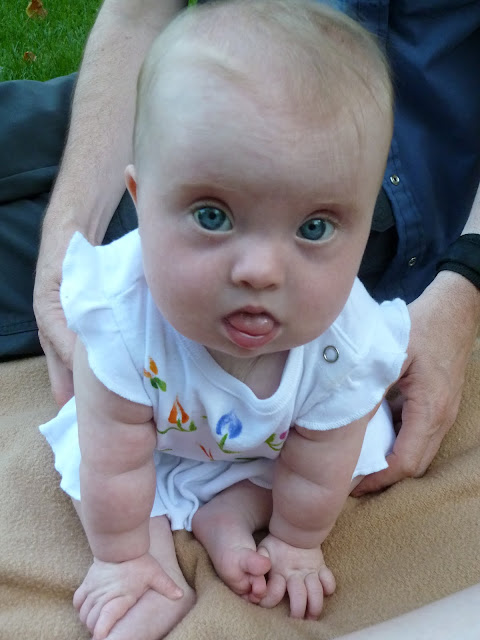 Email ThisBlogThis!Share to TwitterShare to FacebookShare to Pinterest
Labels: Thoughts from Mum