The Influence of Disability- Blog Hop!

The blog prompt for the Summer Disability Series Blog Hop this time around is about the influence of disability in your world.  To the point:  How have earlier interactions with people with Ds influenced how I felt about Cora’s diagnosis?


As I have admitted in previous posts, I don’t remember any children with Ds growing up.  I really don’t know if that’s because there were separate schools or classrooms, or whether there were no people with Ds in my community.  I know that people of my generation with Ds weren’t usually “mainstreamed.” I’m truly not sure whether my lack of awareness was simply me being narrow-sighted or whether I simply lived in communities where individuals with Down syndrome were not seen and heard.  As an adult, I must admit that I just didn’t look or didn’t notice.

But even so, I definitely had some ideas about what Ds was.  I could say that I knew that it resulted from an extra chromosome, and I could recognize the physical features of Ds in a person.  I thought of Down syndrome as a fairly severe disability.

Yet in truth, most of my experience with Ds probably came from television.  I was so into “Life Goes On” when it aired.  I was attached to Corky and his family and felt like I could identify with them, even though it was something distant.  But as accepting as I thought I was, a college friend who was good with a guitar once wrote a song that I remember laughing to.  “My name is Corky. And I’m dorky. And I eat my spaghetti with a forky.” Probably benign, but it makes my stomach twist to think that I once thought this was funny, just because a character had Down syndrome.  I remember seeing episodes of Law and Order-type shows depicting adults with Down syndrome.  The plots usually revolved around people with Ds wanting to live independent lives, and their struggles to do so, usually with the rest of the world certain that independence was impossible.

I think that overall, my lack of exposure—that gap in my understanding, really made my introduction difficult.  I really had very little frame of reference.  Discovering that Cora has Down syndrome was one of the most shocking and painful moments of my life.  I really felt like all the dreams I had conceived over the years went out the window.  My biggest fear was that she wouldn’t be smart.  Oh yes, the pre-Cora me was big on smarts, and not as accepting as I had always thought I was.   Of course I would have the most intelligent and precocious child, capable of graduating college at age 2.

And of course, I tried to wrap my brain around all the usual worries: how severely disabled I imagined she would be; that I would never be able to work again; that she would live with us for the rest of our lives, completely dependent.  I assumed that her potential would be so limited.  I thought that I had created a defective person.  I felt ashamed and embarrassed that my baby was different.  And now, in retrospect, I wonder why I felt this way.  I feel shame and embarrassment that I ever felt this way at all.

My re-education began as I fell in love with her.  An information seeker, I began to read.  Thankfully, the things I read and heard started to show me how much potential she may have.  I began to focus on the things that she would likely be able to do.  I spent her early months envisioning all the ways she would excel and achieve, sure that she would be the one to achieve milestones close to a typical timeframe and wow the world with her accomplishments.

At this point my expectations have again shifted.  Yes, I am proud of her accomplishments so far and I am quite sure I will continue to be.  But I don’t see how it could be any other way.  Regardless of her strengths and abilities, she is perfectly Cora and she is perfect to me.  Even if she doesn’t achieve every goal I may have for her, “on time” or even at all, I am constantly amazed, impressed and happy with her.  And even though there are people who look at us with pity, I am always encouraged by the many people who are so impressed with her, as well.  (See, it’s not just a mother’s unconditional love—she really is amazing!)

My perception of what is great and valuable is indeed evolving.  What constitutes great for Cora in my eyes has shifted. 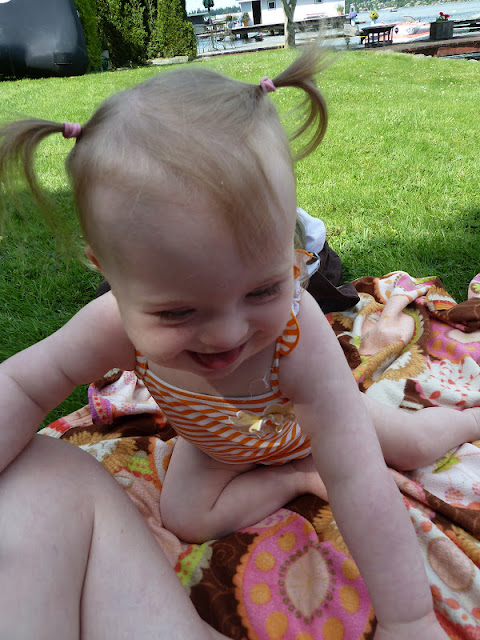 What I see as great and valuable out in the world has shifted.  My community has shifted and contains a group of people that I never expected, but that I certainly wouldn’t trade for anything.  And for that I am very grateful.  I've also been happy to meet such a great online group of people who have been giving me so much more insight into disability and our culture's perception of disability, people who are helping me to refine my own value systems.


It was an unfortunate realization to learn just how ignorant and blind I had been to people with disabilities.  But that is the great thing about living and learning… learning. My eyes are open to so much more, and for that I am far from unfortunate. 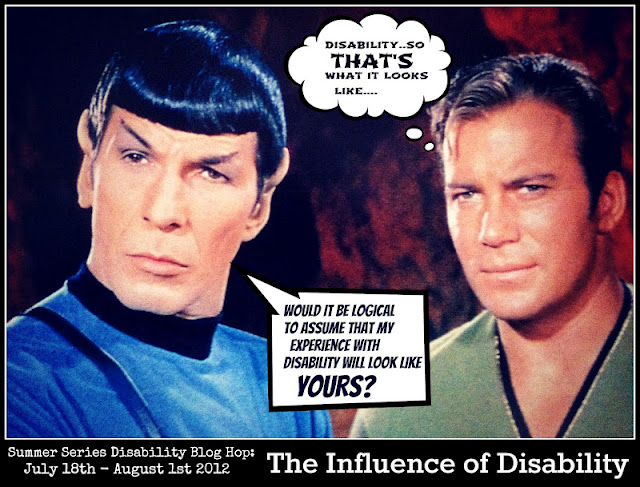