Sipping Away. Oh my, she's growing up! 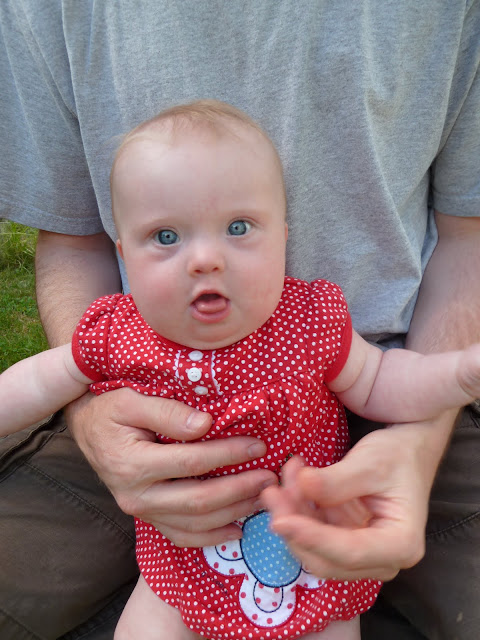 A few weeks ago we asked our Early Intervention therapists about straw cups.  I have learned that sippy cups are not a good idea for kids with Ds.  Straw cups, on the other hand, help to increase oral motor skills and avoid bad habits.  The therapists told us we could start her on a straw cup anytime.  Although that seemed a little early to me, Nick has been pretty excited about it.

So after talking about it for awhile, we finally got one yesterday.  I assumed that Cora would need quite a bit of practice and talked to Nick about not expecting her to "get it" right away.  We helped her explore the cup for a few minutes, when lo and behold! she started sucking.  Success!  And a little coughing and sputtering!

She's tried it a few times since and already seems to be a pro!  Perhaps this doesn't sound like such a big deal to other parents out there, but I feel like I've got a little superstar on my hands.  Not quite 6 months and using a straw cup in less than a day.  Wow.

I started reading about straw cups since yesterday and it seems that she's using it a little earlier than is most often recommended.  Especially since she hasn't started solids yet. 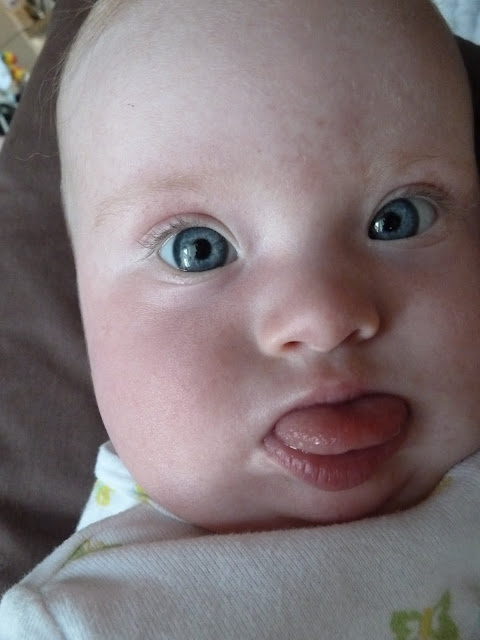 And that is another somewhat touchy subject for me.  She has her 6 month check with the pediatrician next week and we'll be discussing starting solids.  Nick is really excited for that.  We're shopping for a high chair right now.  And I've already got my first homemade veggie puree planned for her:  acorn squash.

But Daddy's pretty excited about it.  And I think Cora will be too.  She has been pretty interested in our food lately, having a good time watching us eat.  She's not sitting unassisted yet, but I don't think that will deter her much if we give her good support.

So we will see.  In the meantime, it's fun to see our big little girl sipping on her very own straw.


This video is a little long... but shows her first attempt with the cup.  She is already more efficient.