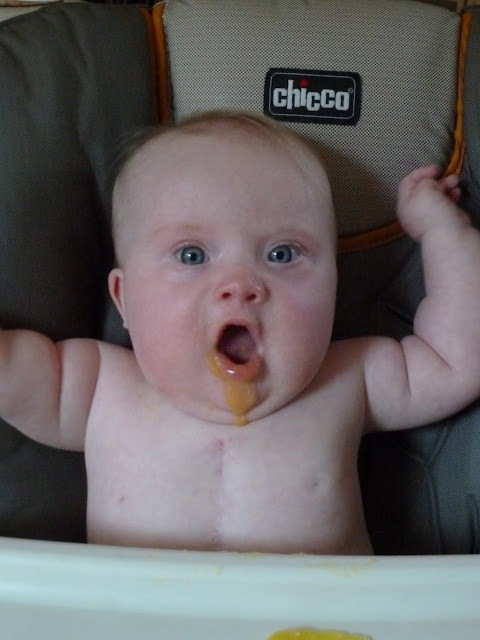 Cora finally had her first taste of solid food yesterday.  And it was oh so much fun.  Organic acorn squash, roasted, pureed and strained, and thinned with water.  Then hungrily sucked down by my new little solid food eater, who opened her mouth for each bite, getting oh so excited as the spoon neared her mouth. 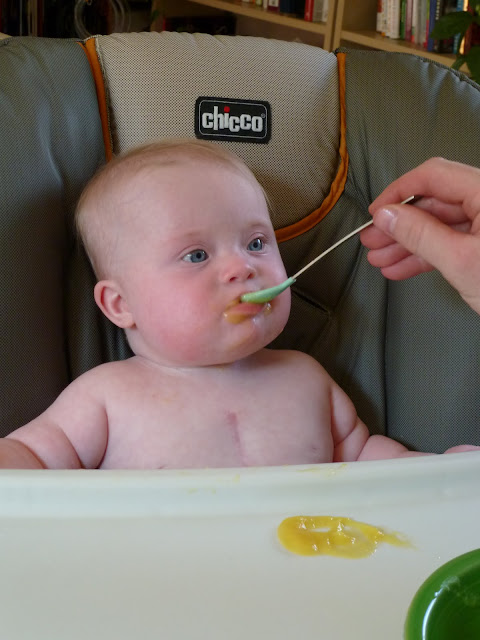 And as I watched her, getting more excited myself as her meal progressed I felt a kind of elation and a little bit of relief too.  Her pediatrician told us that her tongue thrusting, which has increased quite a bit in the past few weeks, may mean that she's not quite ready for solids, since she'd likely just push the food out.  But since it seems unrealistic that the tongue thrusting will spontaneously resolve any time soon it had left me wondering where we'd be with eating.

I know I've mentioned that I had some reservations about starting her with solids at 6 months, part of me wanting to exclusively breastfeed for longer.  But I agreed that giving her practice with texture and eating would be a positive thing. 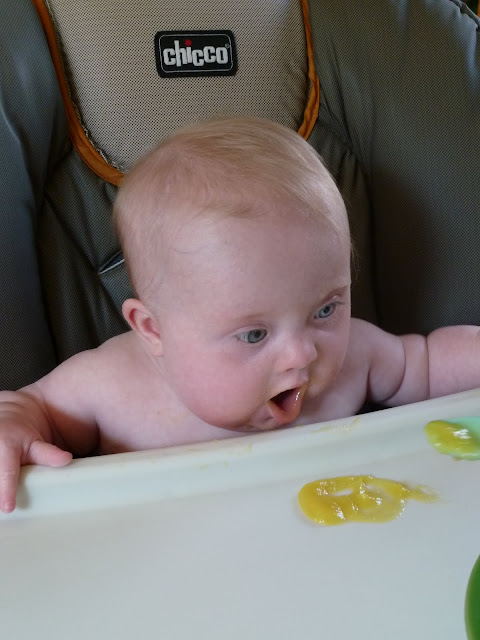 I also realized that I have been somewhat worried about this step for the last several months.  With children there are so many potential things to worry about.  And with Down syndrome you get an extra list of common challenges that you hope don't materialize.  When we were struggling with her ability to eat early on (pre-heart surgery) I read about kids who have trouble ever going back to eating by mouth.  I know that's a rare situation, but even so, it is nice to breathe a small sigh of relief that it's one less thing to linger at the back of my mind.

Even though, yes she did push the food out with her tongue, she still managed to eat the whole serving.  Expressing her excitement with an almost constant monologue, she wowed us yet again with her ability to learn new things, to grow and develop. 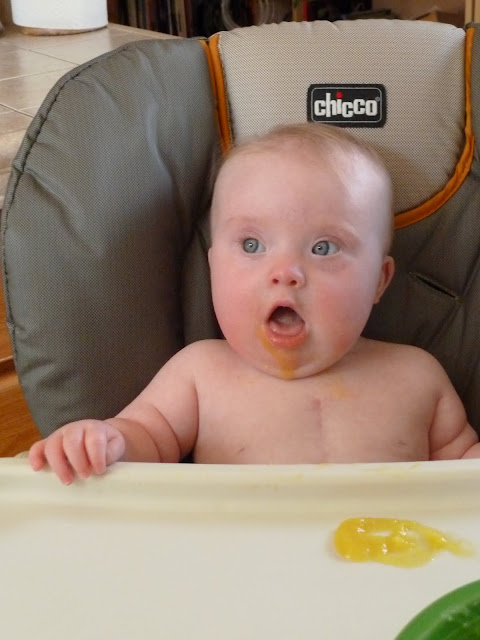 Aye, aye, my baby's growing up.