When Your Mama's a Big Baby

Today was a hard one for me.

At Cora's last pediatrician appointment they gave us an order for a blood draw to do a thyroid panel.  Because the visit had already been long we postponed, thinking I could take Cora in on another day.  And I've been avoiding that too.

But we knew that it had to happen, so I marked today as the day.  And boy was I scared.

The last time Cora had a blood draw was during her pre-op appointment right before open heart surgery.  And of all the things that have happened since she was born, that experience stands out as one of the very hardest for me.  It took 45 minutes and many sticks to try for veins in her wrists, arms, scalp and feet.  They needed several vials for all the different pre-op tests and after 45 minutes of holding down my absolutely hysterical baby, who had barely ever really even cried before that point, it was all I could do to hold myself together.  If it weren't for all the pressure, stress and fear leading up to her surgery I am sure I would have fallen apart during or after.  But with all the momentum leading up to her surgery I couldn't let myself fall apart and I didn't shed all that many tears then.

But somehow today, while on the freeway on my way to the lab at the hospital, those tears started to fall.  I was so worried that it would be a repeat of that visit.  They told me that the low tone associated with Down syndrome can extend even to her veins, so a vein that would otherwise be taut and easy to find just bends with the pressure of the needle.  Of course, she was also only 11 weeks old and in heart failure at the time.  So I was hoping that with better health, a strong heart, a few months and several pounds on her it wouldn't be so hard.

And it wasn't.  Amazingly, it took only 1 stick and about 1 minute.  She cried, of course, but calmed down pretty quickly once it was over and went back to being her smiley little self for the rest of the day.

I breathed some sighs of relief.  Seriously, I know a blood draw is something so minor.  That after watching her go through open heart surgery it shouldn't phase me.  But the most painful moments stand out so clearly:  when we rushed her to the ER at just 24 hours old and watched a room full of doctors and technicians hover over her while she repeatedly turned blue; when I looked into her eyes and helped hold her down for her blood draw; when I watched her thrash around with vacant eyes just after waking up after surgery; and when I held her while they cleaned and re-dressed her central line.  Those were the hardest moments.  When I had to be there and watch her and just pray for her suffering to ease and for it all to be alright.  Handing her off for surgery somehow wasn't the worst moment.  Because at that moment I knew she was in the hands of a higher power.  And honestly, probably because I wasn't going to watch.  At that moment I just had to trust and have faith that she would be OK because the alternative was inconceivable.

So today, after all this, I definitely feel relief.  But the pain of those first months of fear has been rubbed raw again too.  All through the day, when I think of it, I get a little teary eyed.  And thank goodness little Cora has been such a little lovey girl today, making me laugh with her beautiful smiles and snuggling up in my arms for some extra special lingering cuddles.

I guess it was my day to be a baby.  And that's probably the completely wrong word to use.  Because God knows that my baby is way tougher than I am. 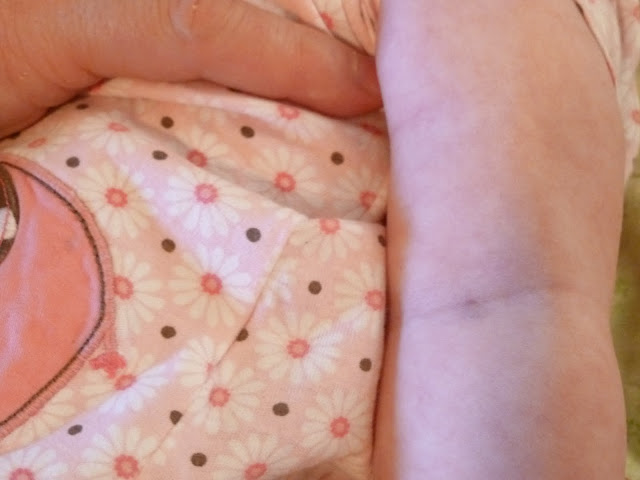 And just for the cute of it... 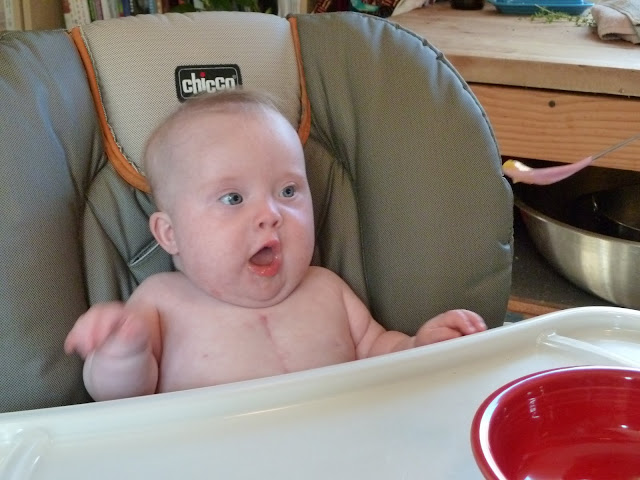