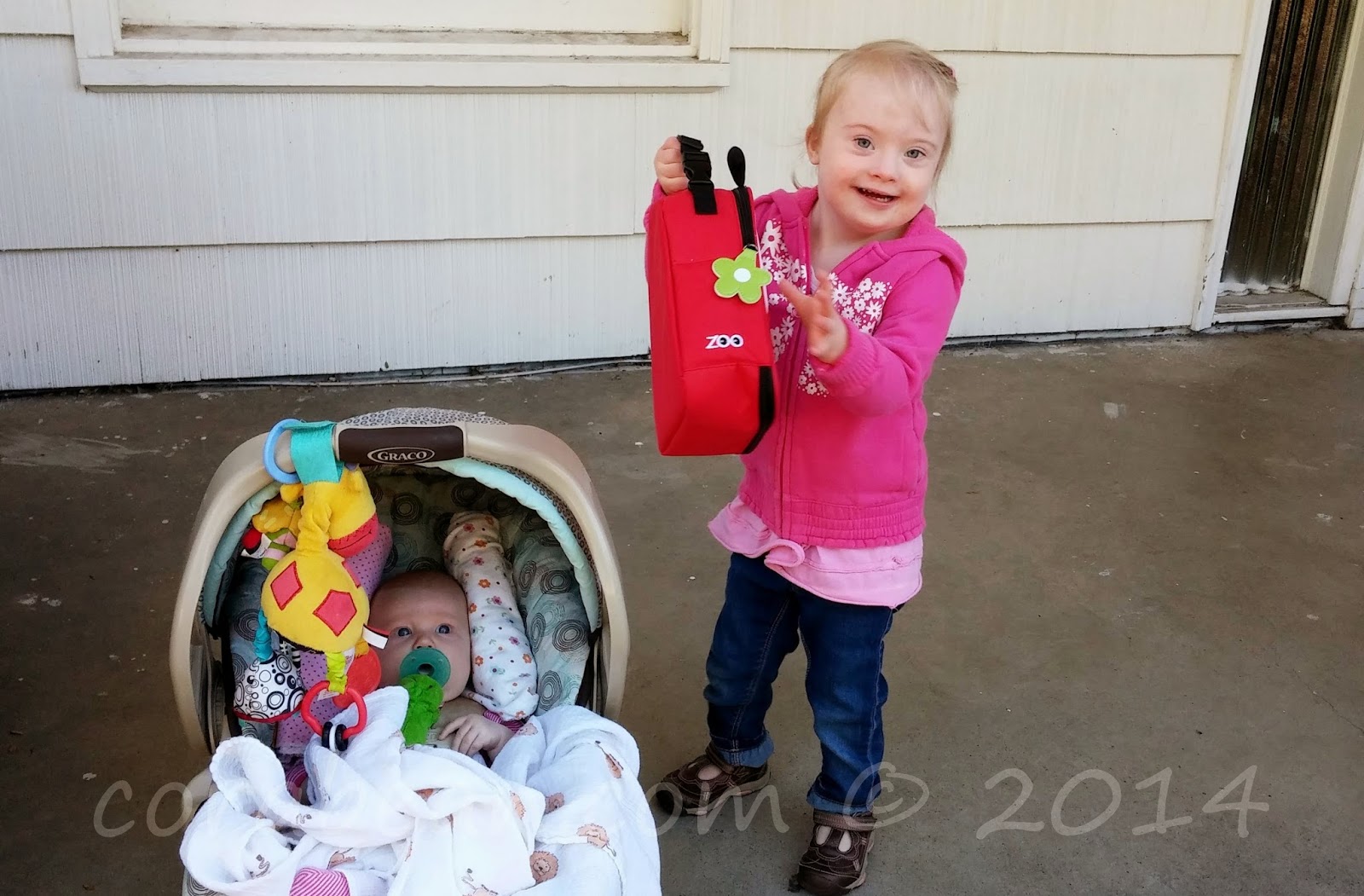 Well, it's been a few weeks now since Cora has officially been a preschool student at a local cooperative preschool.

The anxiety and concerns I had leading up to that were pretty big.  It was important to us to look for a community preschool with a typical population of kids, rather than send her to our local school district special ed program. Her Early Intervention teacher felt that Cora wouldn't benefit much from her local program, and encouraged us to find something that would suit our family and that would give Cora lots of room to grow.

Well, it looks like we've found it.  Since it's a cooperative preschool, we're expected to be parent teach a couple times a month.  Each day Cora's teacher is at school, along with three other Parent Teachers for 13 children, age 3 to 4.  It's a pretty great ratio.

One of the biggest concerns for me was safety, both on the playground structures, and in containing her within the classrooms.  There are marginally child-proofed measures in place to keep kids where they should be, but relying on the teachers to keep track of her is a part of it too.

And of course I worried about how Cora would do, and whether she was developmentally ready.  She will be 4 in January, but compared to the rest of her typically-developing peers, she is definitely behind in most areas.  Would she be able to keep up and participate?

But perhaps most of all I worried about what the other parents would think.  Would they feel burdened by the additional demands that Cora would bring?  Would they be worried about how to interact with her?  Would we face discrimination from any parents who don't believe people with disabilities should be included in community participation?  I just didn't know what to expect, and all of those worries had been keeping me up at night for months.

I was encouraged by the preschool's policy of encouraging parents to stay in the classroom until their children were ready for them to leave.  I expected that there would be a couple weeks when all the parents were peering in from doorways.  But on the very first day I was the only parent who stayed.  And Cora couldn't have cared less.  She was ready to play.  Since the first week, I actually have left her there and enjoyed a couple of hours of uninterrupted time with baby Ruby.  And I've had the opportunity to parent teach, as well.  That has been so encouraging to me, because although I can see where Cora does need a little extra help and support (following through with instructions during transition times and during snack time, which requires quite a bit of independence), it was great to see that the other kids needs extra help too.  It may be with different things at times, but it made me realize that she really is just one of the other children in the class.

And it's also helped to affirm that we are already achieving some of our goals for including Cora in community schools and groups:  the other people in our community are getting to know her, getting to work with her and are building a relationship with her.  And as great as that is for Cora, I am excited about how cool that kind of experience can be to people who are open to it. They are getting the chance to break down potential barriers in attitudes and expectations of people with disabilities.  I know that Cora is certainly not representative of everyone with Down syndrome, but I am happy that the people who are getting to know her just may be learning something new and discovering that a disability is not so scary.  And it seems to me that the other kids don't recognize Cora as different so far.

I'm really excited to see her grow and develop in this school, and I'm really excited as we start to build new friendships in the community.  It's not always easy to form friendships, and sometimes I worry that being the "special needs family" makes it even harder.  So developing a network in this setting is an exciting prospect for me.

And Cora loves it, which is really the best part. 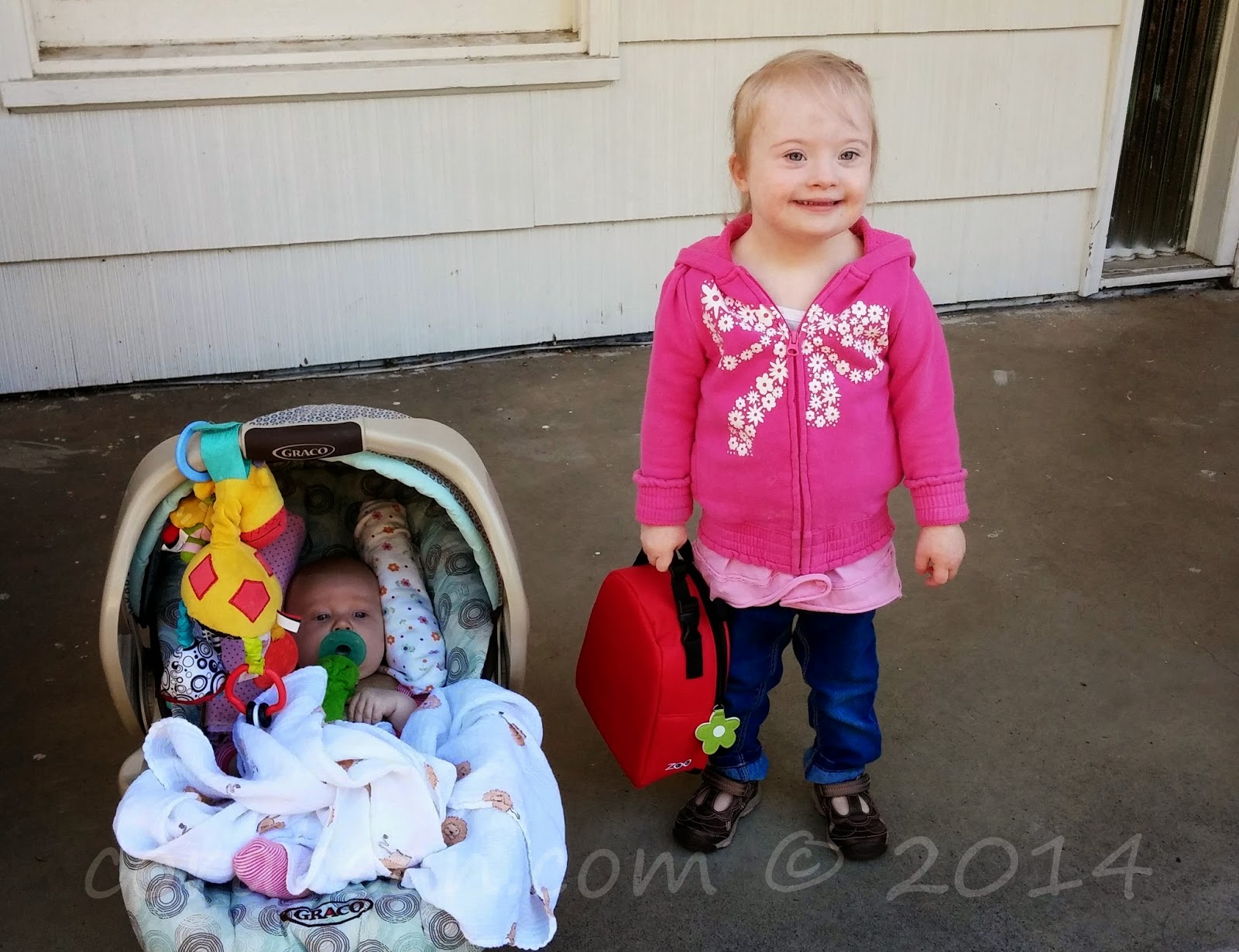