A Good Day and Nystagmus 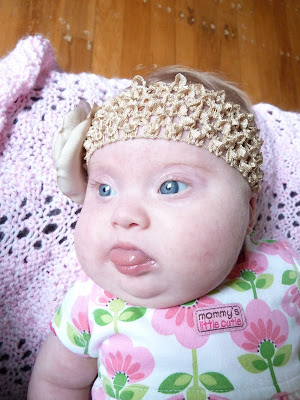 Our plans for Saturday were grand...  chores, chores and more chores.  And if there was time we thought maybe we'd get out for a walk with little Bean to enjoy the gorgeous day.

So chores took up the morning, but then I guess I must have figured that I didn't want to do chores anymore, so we decided to take Cora to the E.R. instead.  Before you get all worried, everything was fine, and it's wasn't a real emergency.

It's just when your child is only 2-1/2 weeks post major heart surgery, the possibility of things going a little wrong takes on more significant proportions.

A couple of days before I had noticed Cora's eyes shaking a little bit back and forth.  After talking to Nick about it, he said that it had been doing it since the NICU days and that the NICU doctors had said it was not a big deal.  But at that time it was infrequent and only when she was looking to the side.  At this point it was getting pretty darn frequent (every couple of seconds, especially when focusing on my face and making eye contact).  I remembered a post from a mother on a heart surgery forum that talked about her little one developing seizures post open heart surgery and that the only sign was rapid shaking movements of the eyes.

So the next day, the minute after her pediatrician's office closed (isn't that always the way?!) I called and spoke to an on call provider, who told me that it could likely be nothing dramatic, or it could possibly be seizures.  After some Q and A he determined that because her behavior wasn't abnormal during the movements and because she had no other symptoms it probably wasn't an emergency, but if it increased or if I felt uncomfortable to take her to the E.R.

So on Saturday I noticed the movements getting more frequent.  While Nick was getting ready to mow the lawn we decided we'd rather be safe than sorry.  Nick thought it was likely just an ophthalmologic congenital abnormality that is common for people with Ds (and others too) called nystagmus.  But we figured it was disconcerting enough to get it checked out.

Cora and I went to the E.R. while Nick mowed the lawn and met us there about an hour later.  We waited for an hour or two with Cora in a great mood, smiling, cooing and nursing, with no signs of a nap in sight, only to fall asleep right before the doctor walked in the room.  Since he couldn't get her to wake up, after talking to us, he thought it would be a good idea to do an EEG to rule out seizures, and told us that her pediatrician could order it on Monday.  He asked us if we wanted to admit her for the weekend, which we did not.  But then when the nurse came back in Cora was awake and she witnessed the eye movements and spoke to the doctor.  At this point (after consulting with a neurologist), he told us that he felt that it was probably nystagmus and not seizures.  That seizures would probably be less subtle movements, more dramatically to the periphery of the eyes, and that her eyes may "get stuck" or her behavior would change.

So we're going to follow up with her pediatrician early next week.  They probably won't need to do an EEG.  We'll wait and see if they think she needs neurological follow up.  She will probably need ophthalmologic follow up, though.  This is likely something that's been there all along, but has gotten more pronounced as she has developed, especially with her improved post-surgery energy levels.  It may resolve or may not.  We don't know if it will affect her vision.  She doesn't seem to be bothered by it and seems to see just fine even when it's occurring.  Typically kids with Ds see an ophthalmologist at 6 months once the eyes have developed beyond the newborn stage.

Afterward we took Cora down to the Hawthorne District to pick up a few things for dinner at New Seasons.  While there we gathered some supplies for an impromptu picnic:  some lovely little French style salami and provolone sandwiches on beautiful little crusty baguettes and some citrus flavored Kombucha.  Then, since Cora wasn't too interested in napping, we ate while walking around the neighborhoods, enjoying the day.  We came home and turned on the grill and enjoyed a hilarious movie.

Overall not too bad of a day.  Funny how a trip to the E.R. can seem like a kind of normal way to spend a Saturday.  Of course, I'm only able to say that since it wasn't in fact an emergency.

Today is Easter morning, and we are going to celebrate by finishing the chores that were on yesterday's list.  Nick has homework to do.  Cora will eat and sleep and smile, I imagine, being her normal little sweet and funny self.  Since she's so little we didn't do any Easter Bunny business this year.  And I feel a little funny about it.  What kind of parents are we to just skip a holiday?  But since my mom's up in Victoria helping care for my grandmother after hip surgery, it'd just be me and Nick.  So I guess we'll try to do more for next year.

Hope everyone has a great Easter! 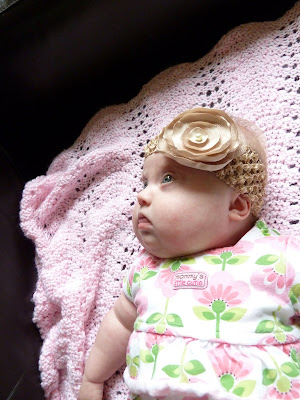 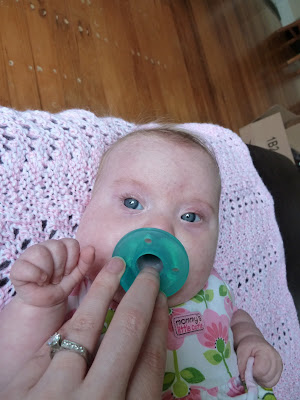 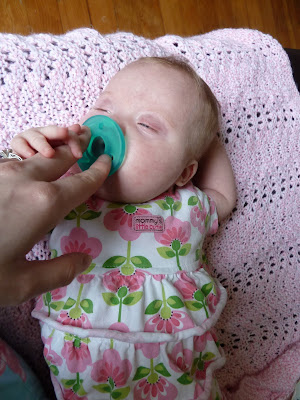 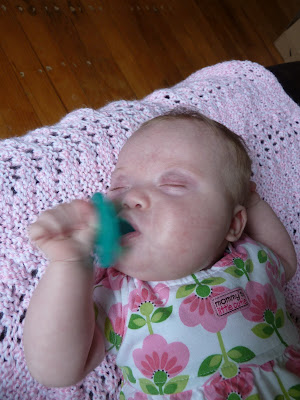 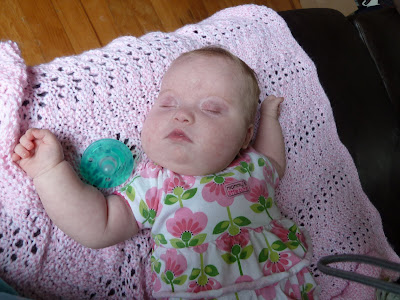